The Southern California rain outlook is looking pretty dismal for the next several days. In fact, as La Nina (cool ocean current) dominates the equatorial Pacific, this might be the long term trend for most of this winter.

The map below shows a computer projection for rain totals for the next ten days. You can see that most of the southwest US is rain-free. This includes the entire southern two thirds of California. 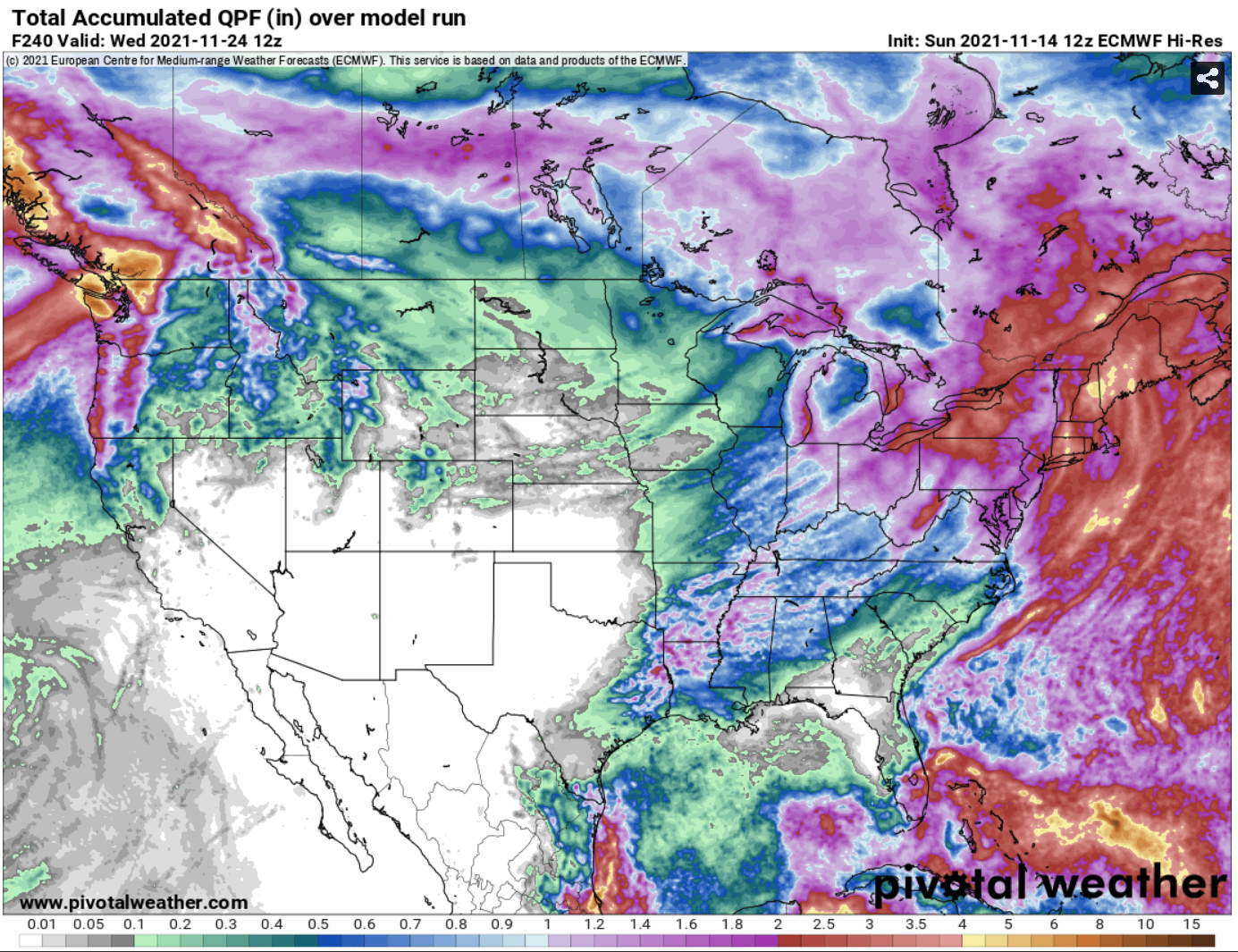 Here are the water temperature anomalies, where I circled the La Nina. It's not too strong, but is enough to have some impact in our area. The water below the surface is also cool, which means that this will persist for at least another couple months.

Although there are exceptions to the rule, more than likely rainfall will stay below average this winter. Temperatures will stay near or slightly below average (granted, it's been very warm lately!).

Hopefully La Nina breaks down before the end of the rain season. Then we could see a general shift in the weather pattern.