I just wanted to post the computer projections for accumulated rainfall and snowfall in Central and Northern California for the next couple days. Finally some drought relief!

Unfortunately most of that energy will stay north of our area. I'm still expecting rain Monday afternoon and evening, though rain totals will range from 0.25 to 0.5" with isolated areas in the mountains getting close to an inch. Snow levels will stay above any of the local mountains. I've also added the projection for rainfall in Southern California. 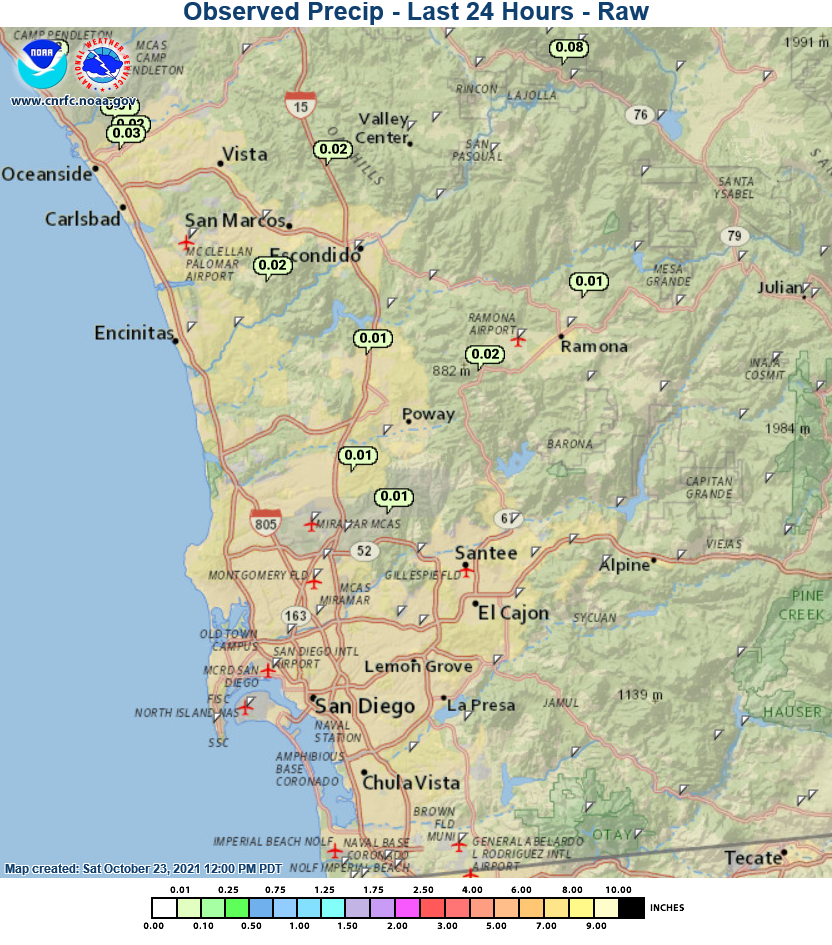 As I mentioned in a previous blog entry, the weather pattern is becoming energized along the Pacific Coast of the United States. You can see in the first satellite loop below the first of many storm systems. It's currently bringing clouds and showers to central and northern California.

Another system will pass California Friday into Saturday. As expected, most of the energy will stay north of our area, though we could get a brief shower early Saturday morning (40%).

I'm keeping a close eye on the system afterwards, because is could be impressive. During this time of the year, it's important to monitor water vapor and its transport northward from the tropics. This connection to moisture can bring copious amounts of rainfall to California (ala the "Pineapple Express" or the technical term "Atmospheric River").

The second satellite loop below allows us to see these plumes of moisture as they migrate northward from the equator. I'll be watching this closely in the coming days.

Computer forecasts show a strong moisture plume arriving in Central and Northern California on Sunday as a powerful system approaches. You can see it on the third map below (indicated by the yellow and orange).

Unfortunately, that moisture lessens as the front passes Southern California, which decreases our  rainfall totals. Regardless, we should see some showers and isolated downpours pass the area late Monday into early Tuesday (70%). This is still far into the future, so there could be some adjustments to the timing of the rainfall.

I've posted the computer projected accumulation of rainfall and snowfall through next Tuesday (last two maps). These show significant rainfall in Central and Northern California in the coming days. It also shows higher elevations in the Sierras getting a few feet of snow! 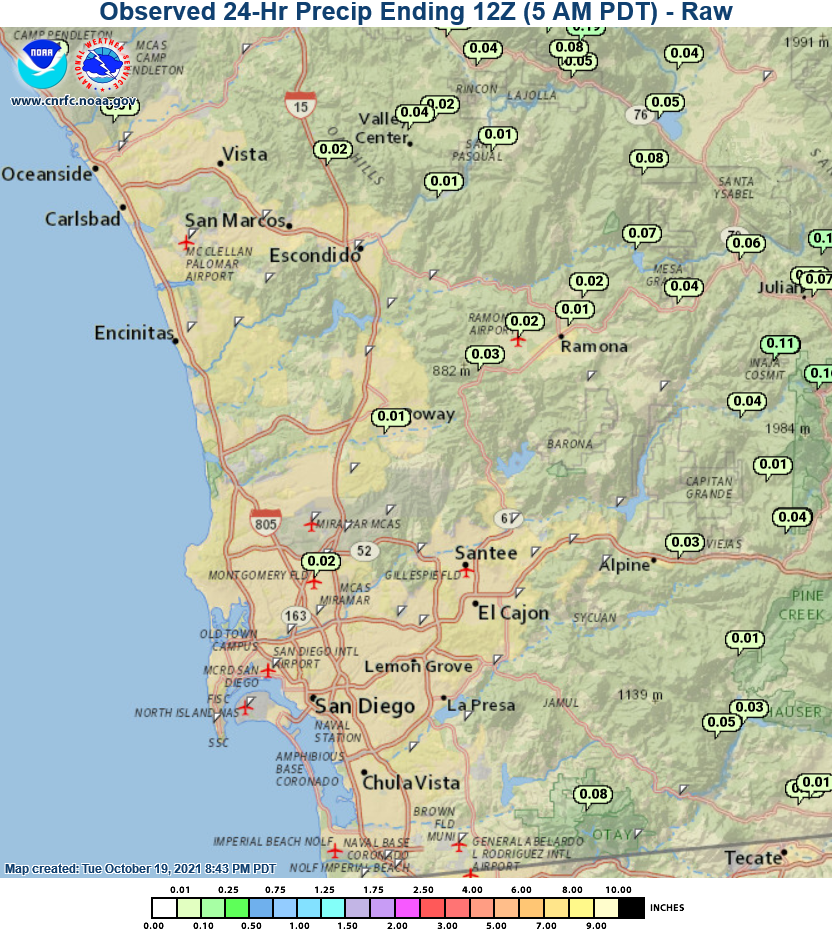 A front is approaching our area from the northwest. You can spot the clouds on the satellite loop below. This front will bring a chance for a few light showers Monday morning. The showers should quickly dissipate by the afternoon hours and rain totals will remain below a quarter inch.

I've been closely watching our weather pattern slowly evolving over the past week. The Pacific jet stream (winds in the upper atmosphere) are going to become super-charged. This will bring a series of strong storm systems to the Pacific Coast.

Unfortunately, most of this energy will be focused north of our area. However, Northern California will get a ton of much-needed rainfall. In addition, the Sierra Nevada should get a healthy amount of snowfall. This is all great news for the drought conditions across the state. I've posted two week computer projections of total rain and snowfall. Although these projections are NOT 100% accurate that far into the future, it gives you a general picture of the weather pattern.

With La Nina developing in the equatorial Pacific, we'll take any rainfall and snowfall we can get. La Nina typically brings dry conditions to most of California. Though there are occasionally exceptions to the rule...something to watch as we head further into rain season.