Showers return to the area Monday, Tuesday and Wednesday of next week. More substantial rainfall will arrive Thursday as a more powerful storm system approaches the area. 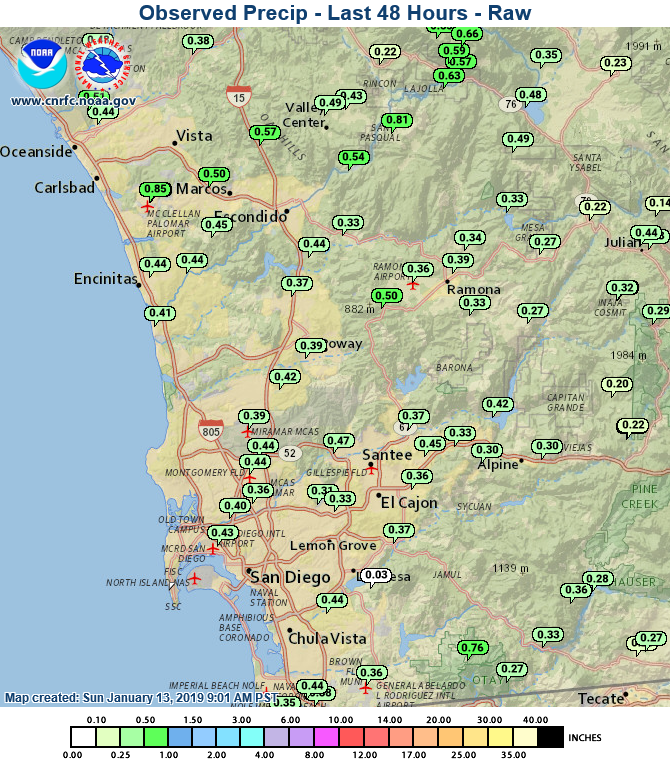 2018 was warmer than normal with below average rainfall (2.69" below normal). The totals for the year were very similar to 2017, which was also a warm and dry year. Summer of 2018 was brutally hot, where the average temperature was 5.1 above normal in July and 6.5 above normal in August. May was the only month where temperatures were slightly below average.


Here are the rain totals across the region for each month. 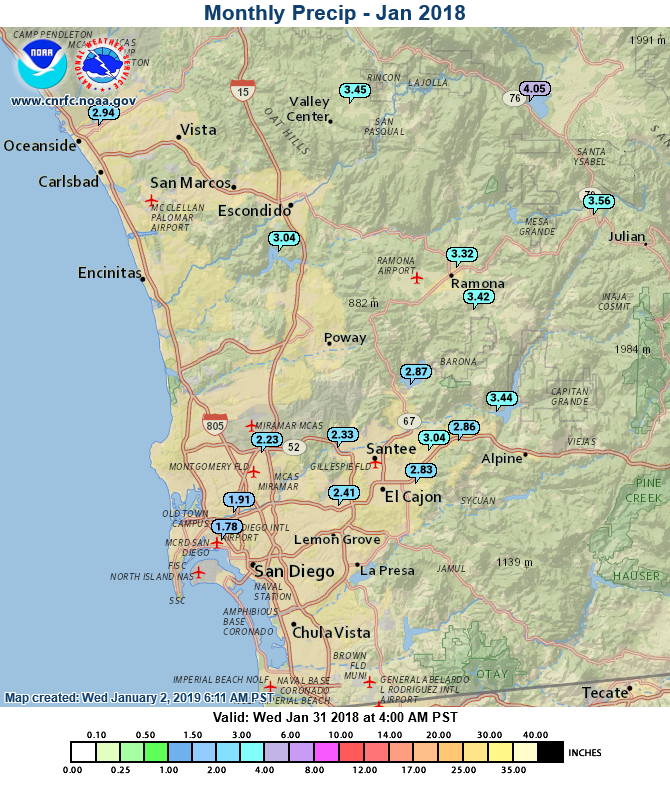 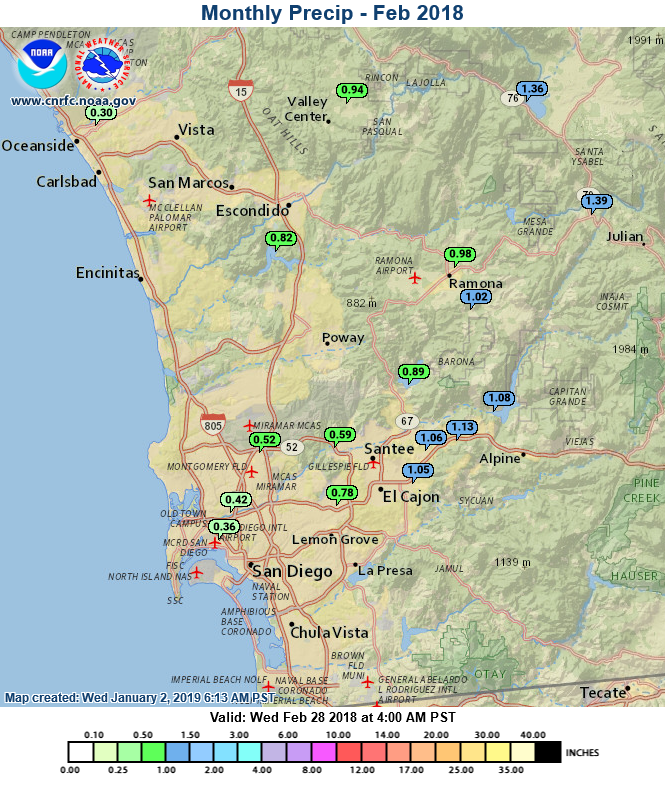 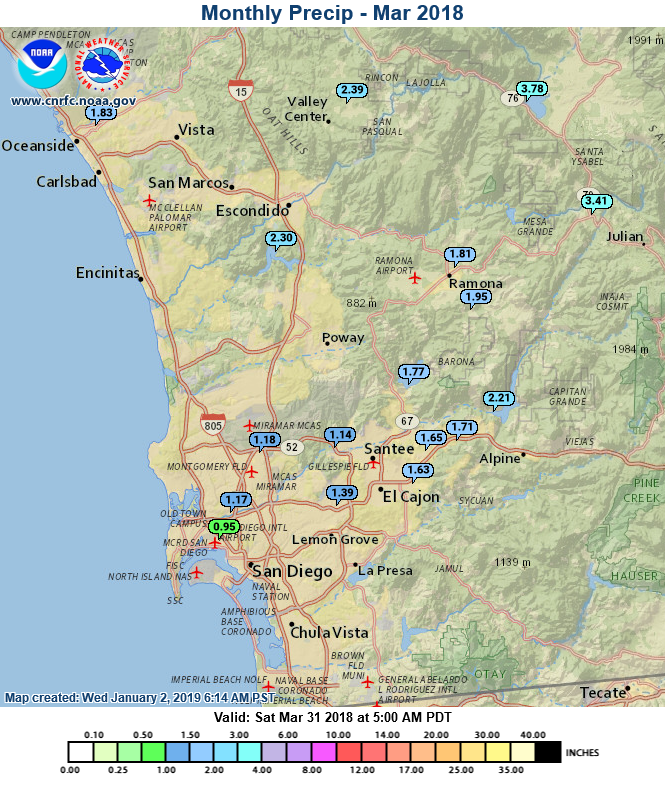 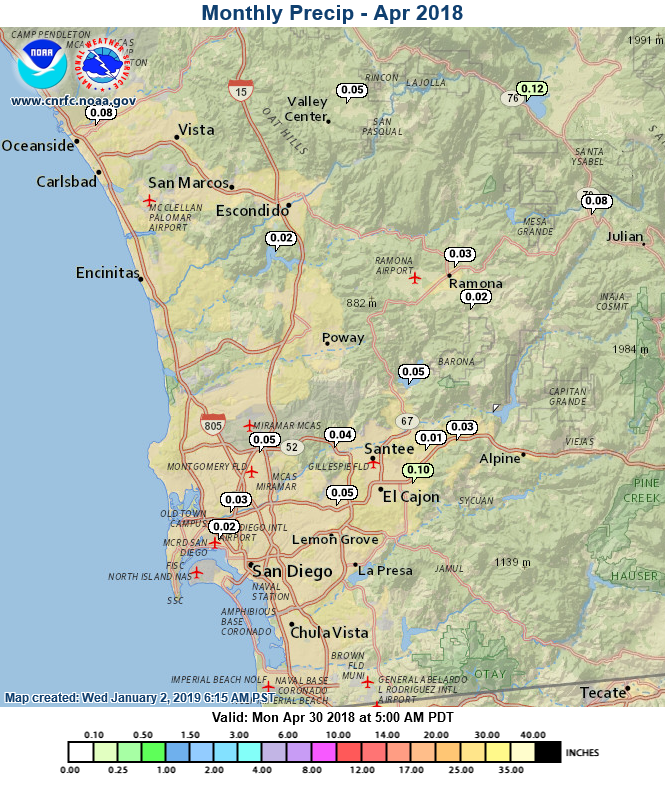 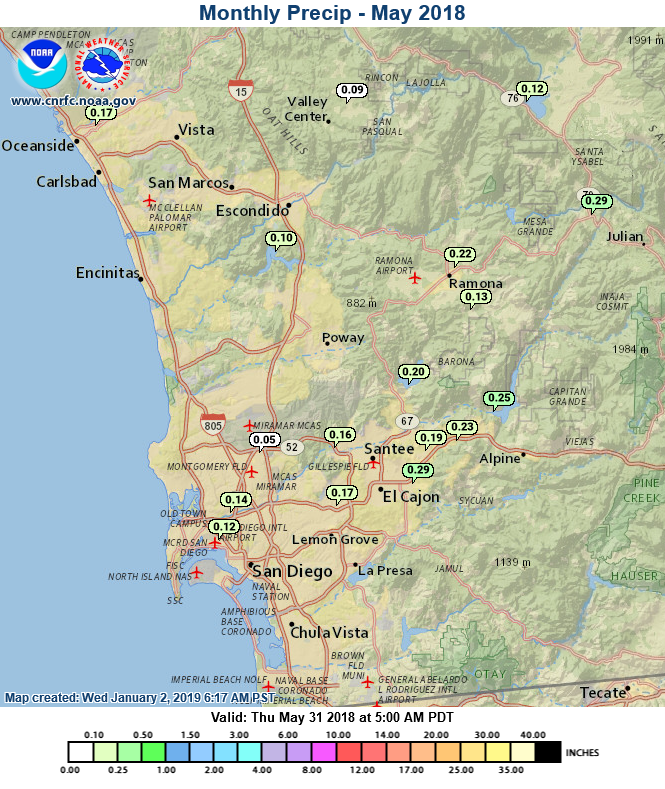 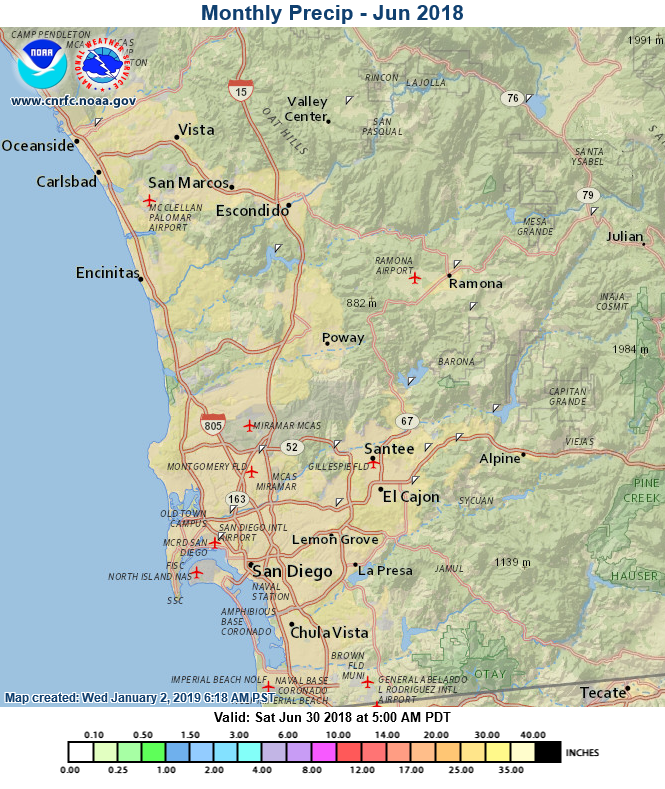 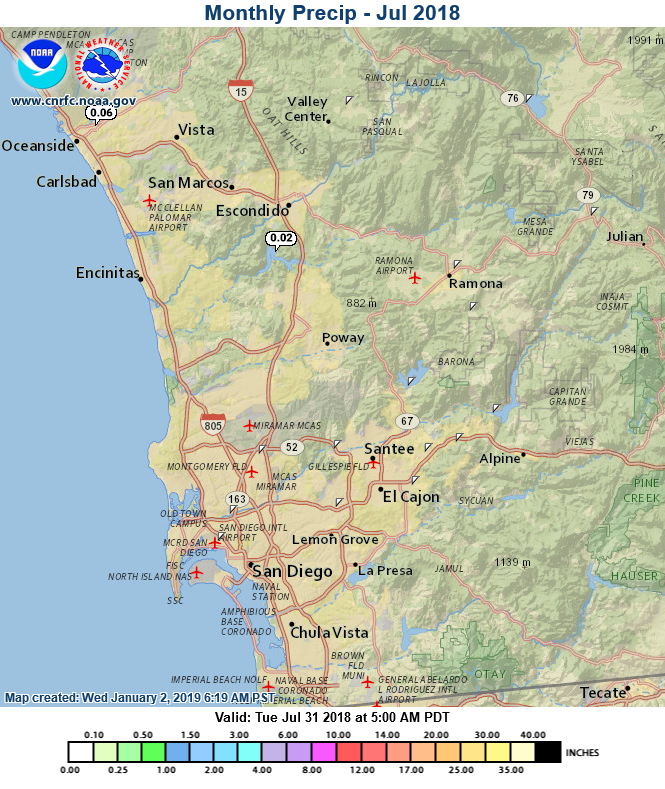 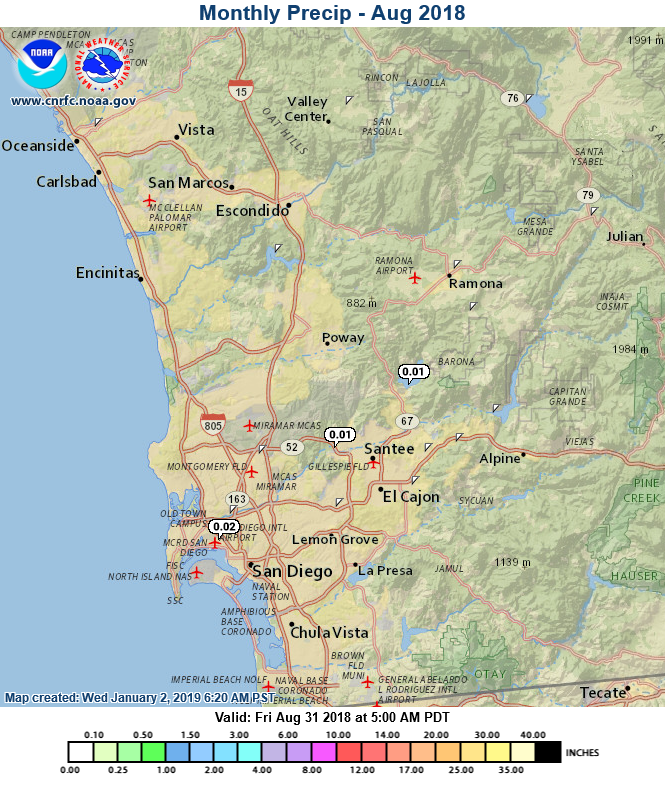 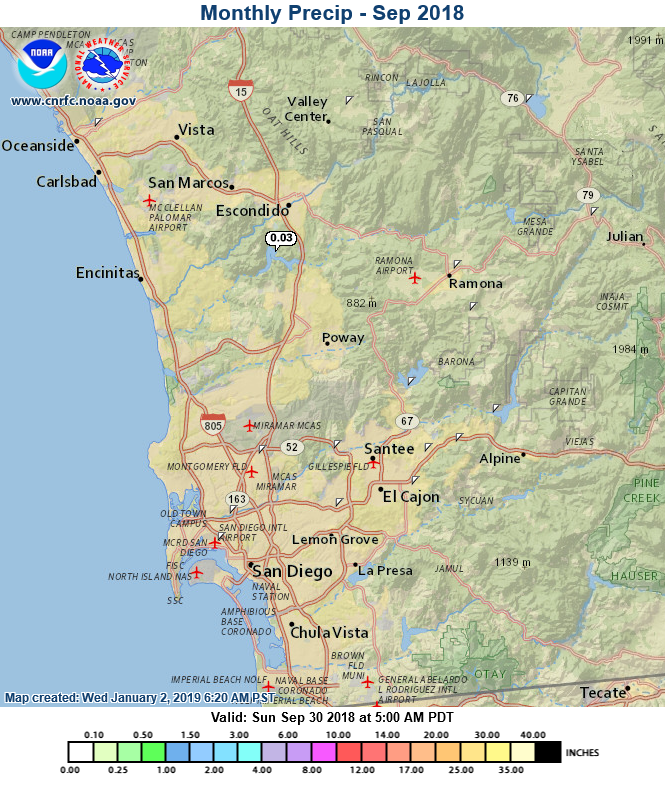 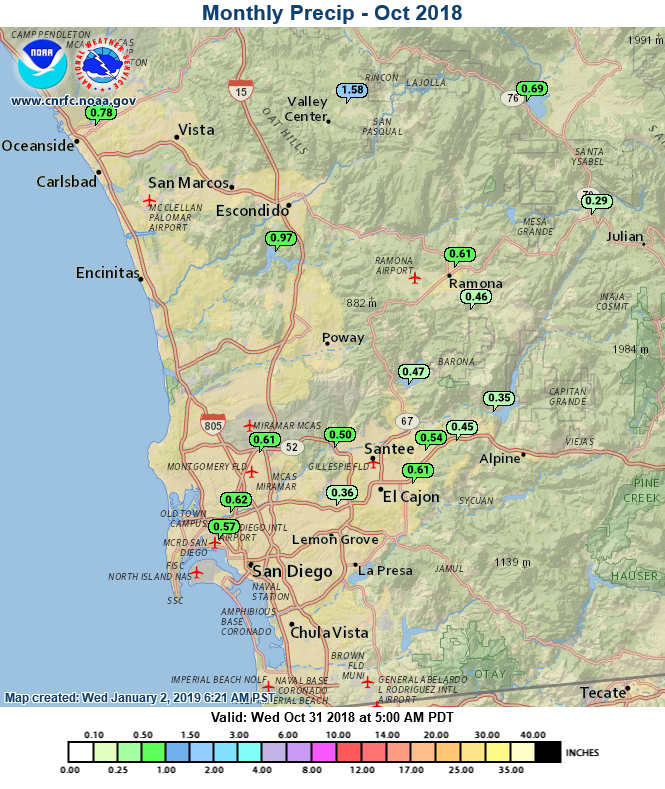 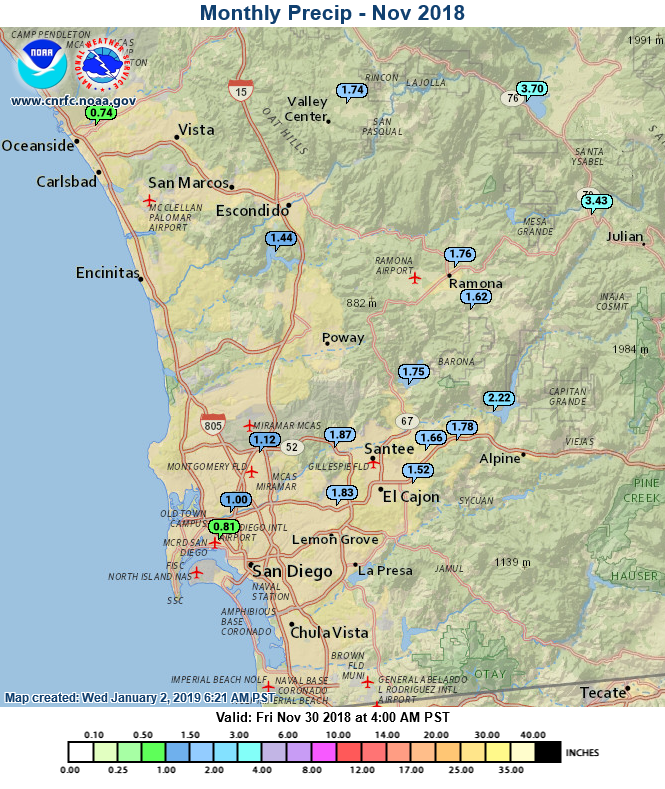 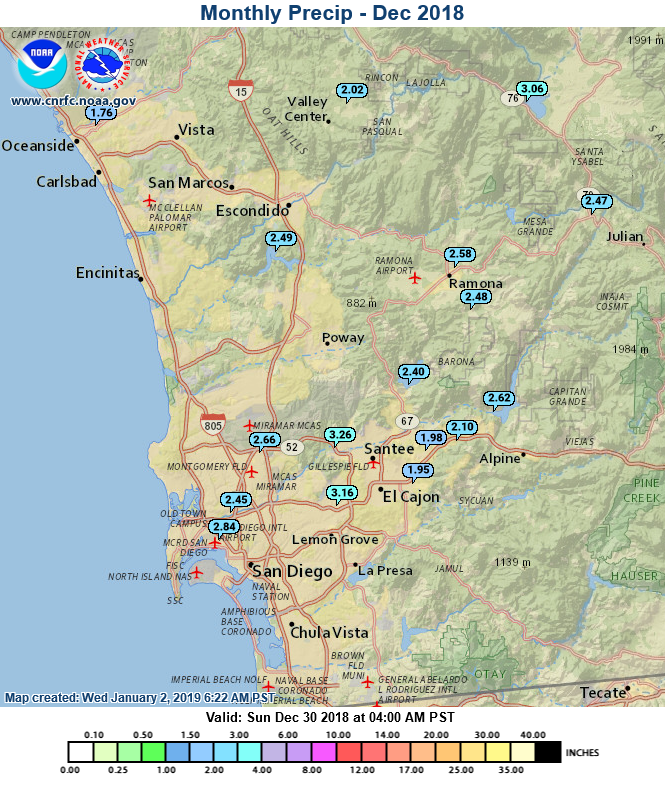 Most of California was also warmer and drier than normal. The main exception was the San Joaquin Valley. 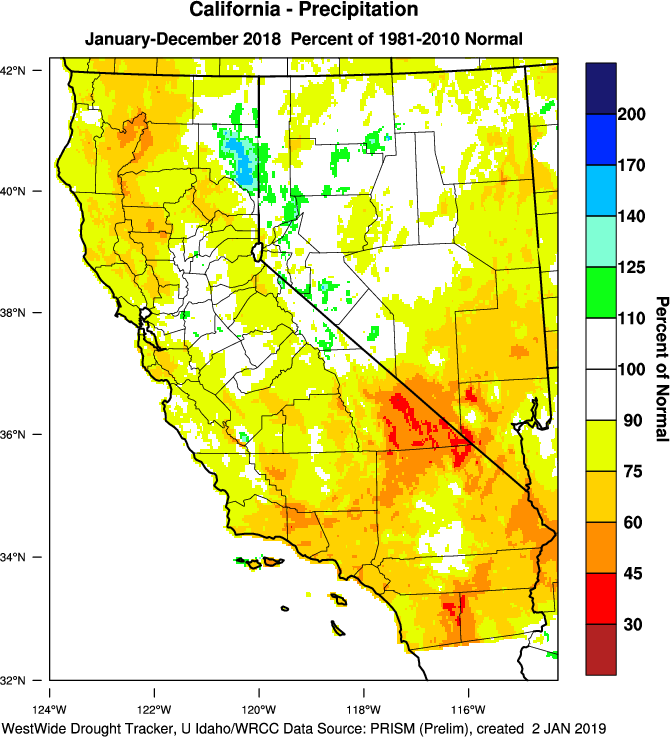 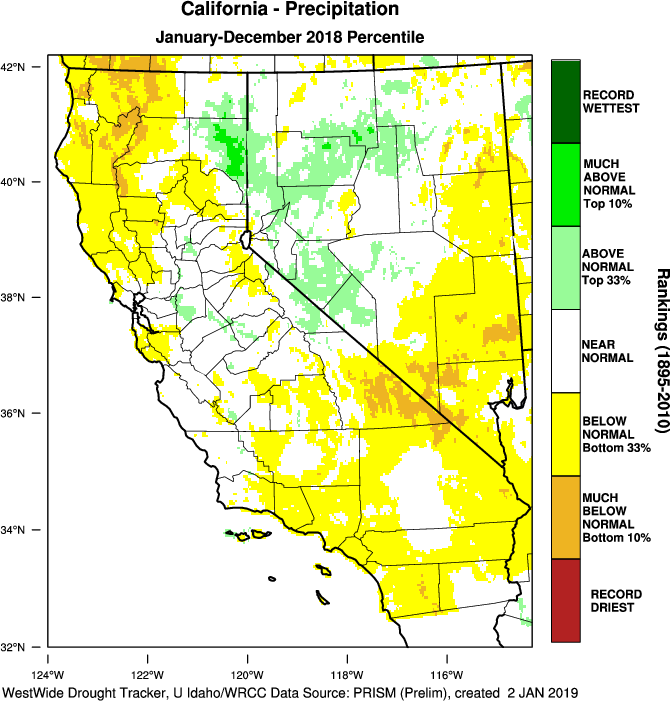 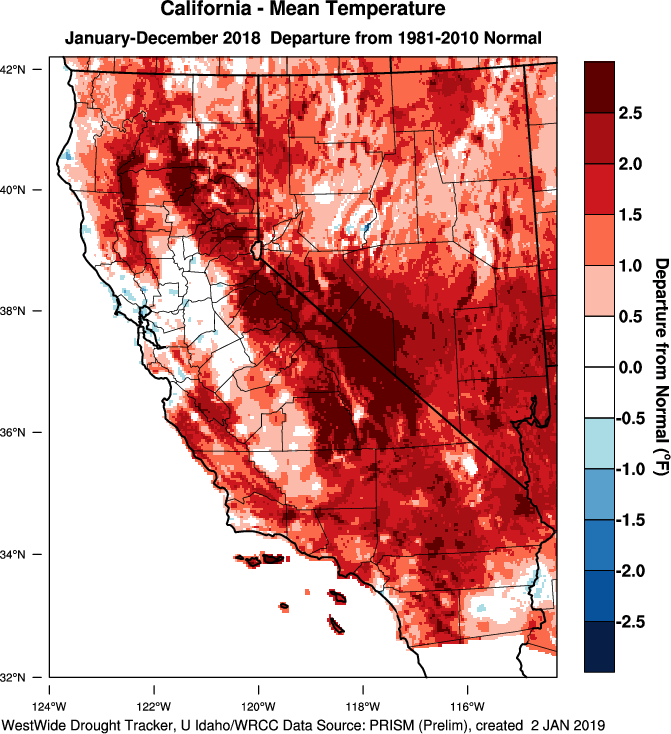 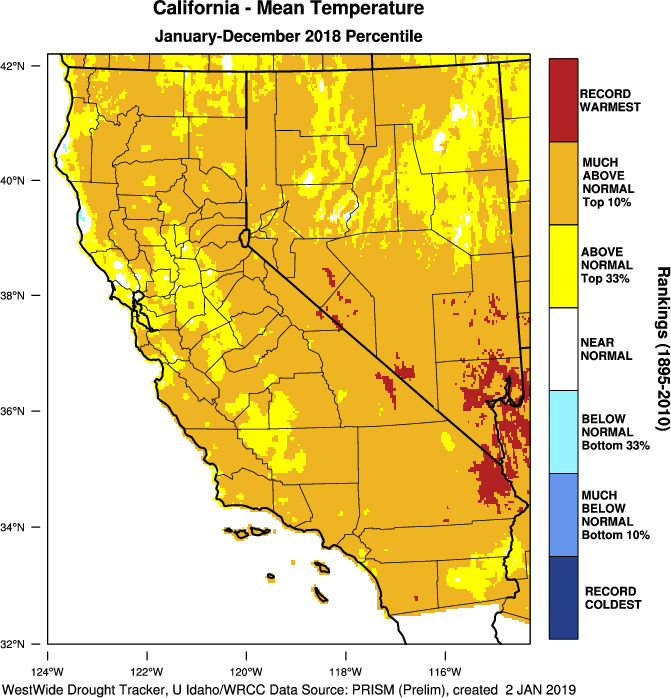 California wasn't alone - the entire western third of the U.S. was warm and dry. 2018 was the hottest on record for parts of Arizona and New Mexico.

Conversely, it was cold and wet for the Upper Midwest. Northern Iowa, southern Minnesota and southern Wisconsin saw record rainfall.

Remnants of hurricanes and tropical storms brought record rainfall to the Mid-Atlantic region. Temperatures were generally above average across the entire East Coast and Deep South. 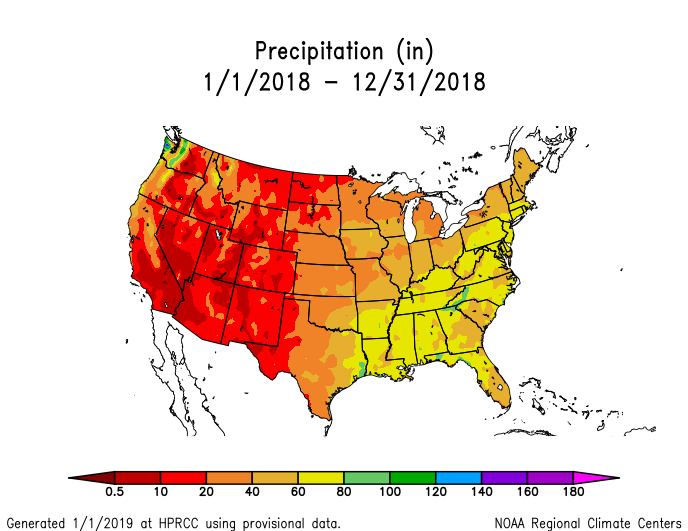 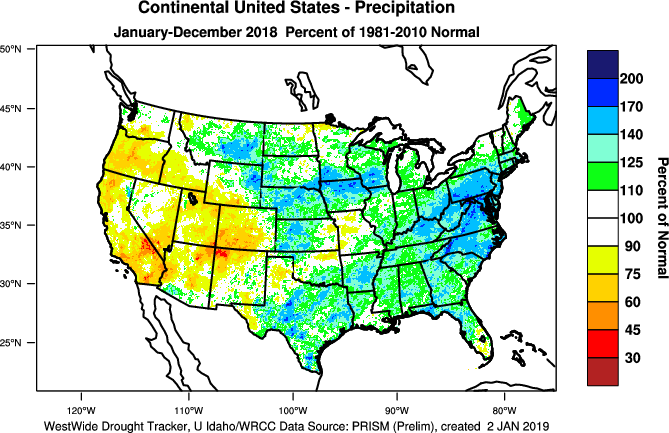 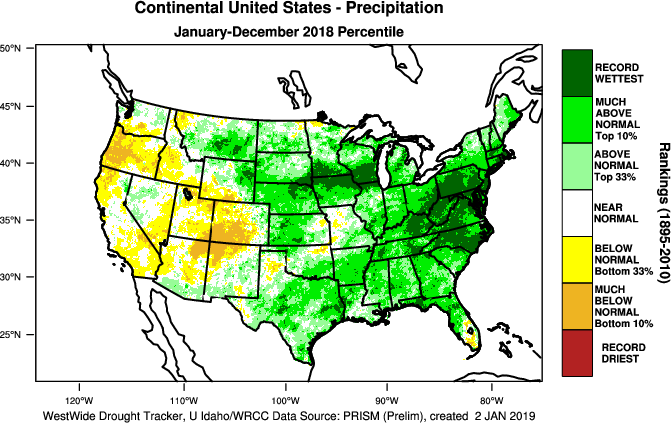 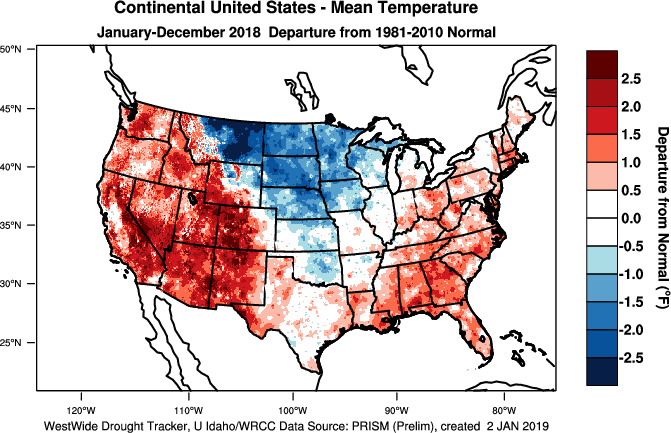 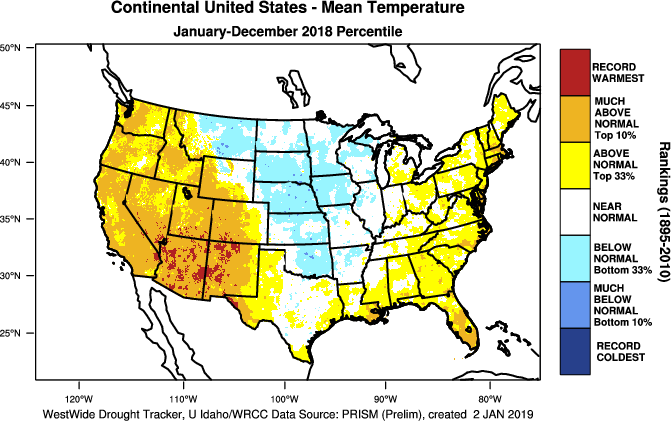 The turbulent weather pattern will persist for the next several days. This will bring us a few chances for rain. A front will pass our area Wednesday night into early Thursday. This front is weakening, so the rain chances are very low (less than 20%).

A much better chance for rain arrives Friday night into Saturday. Showers and isolated downpours will be possible through Saturday afternoon, then we should be dry Saturday night and most of Sunday.

Yet another system will move in Monday and Tuesday. We could even see more rain later next workweek (possibly Thursday)

This active pattern won't last forever. Long range computer forecasts continue to show a warm and dry pattern heading this way starting the week of Monday, January 21. You can spot the blocking pattern in the map below - indicated by the red.

So we'll take all the rain we can get! I'll have more updates in the coming days. 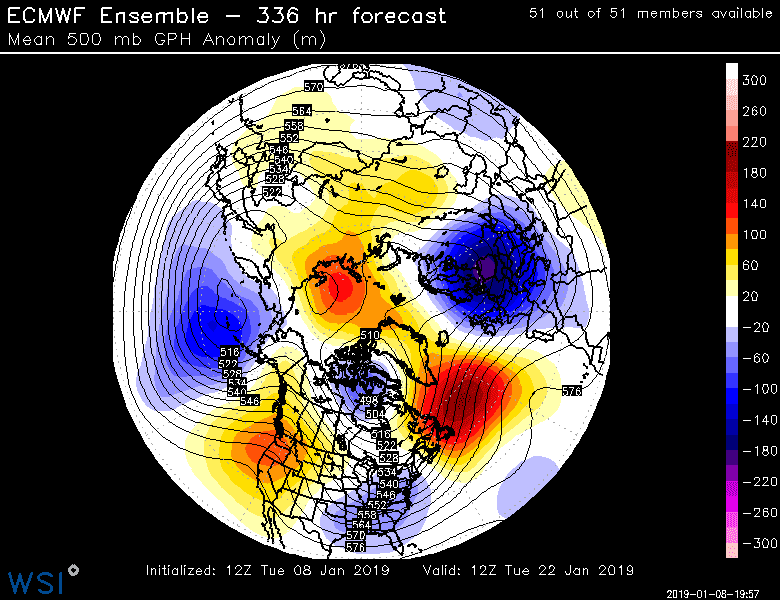 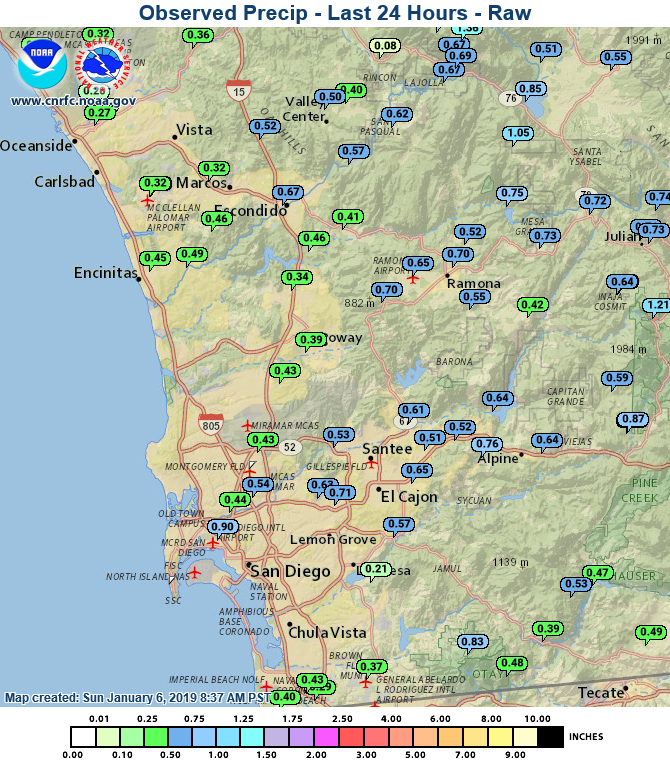