El Niño is a warm ocean current along the equatorial Pacific, while La Niña is a cool current. These currents can have a dramatic impact on weather patterns within the United States, especially during the winter.

The equatorial Pacific is categorized into four regions. Most of the focus is on the area between region 3 and 4, or what is called 3.4, which you can see on the map below. This area is roughly between 120W and 170W along the equator.

The following maps below show the current water temperatures on the surface and also below the surface of the ocean.


The maps below show average temperature and precipitation anomalies for both El Nino and La Nina. For San Diego and Southern California, El Nino can equate to near normal temperatures and above average rainfall. La Nina can bring cooler weather and extremely dry conditions.

Remember, these are averages. Every El Nino and La Nina are unique and there are several other factors that can affect our weather pattern. So take these maps with a grain of salt.


A cool PDO can enhance the effects of La Nina, or decrease the effects of El Nino. The opposite is true for a warm PDO, which enhances El Nino and diminishes La Nina. This is accomplished through an atmospheric bridge (shown below). 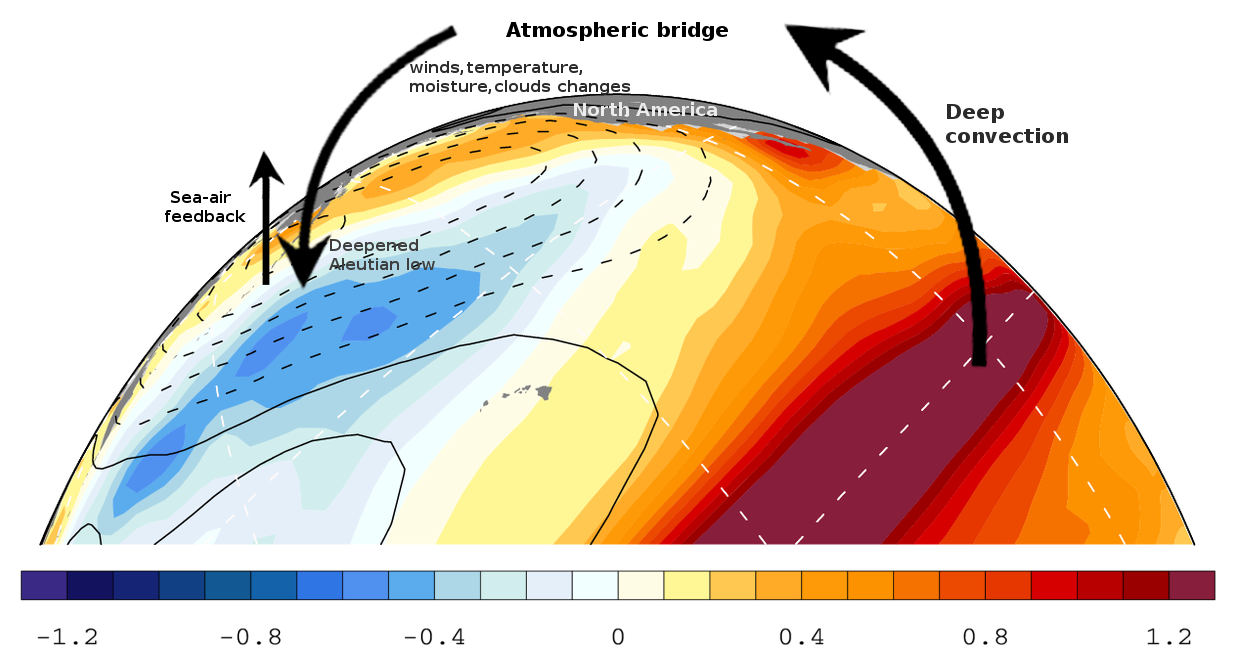