Here are the rain totals for Wednesday night through Thursday. Most coastal and inland areas saw about 0.25", while the mountains received 0.5 to 1". 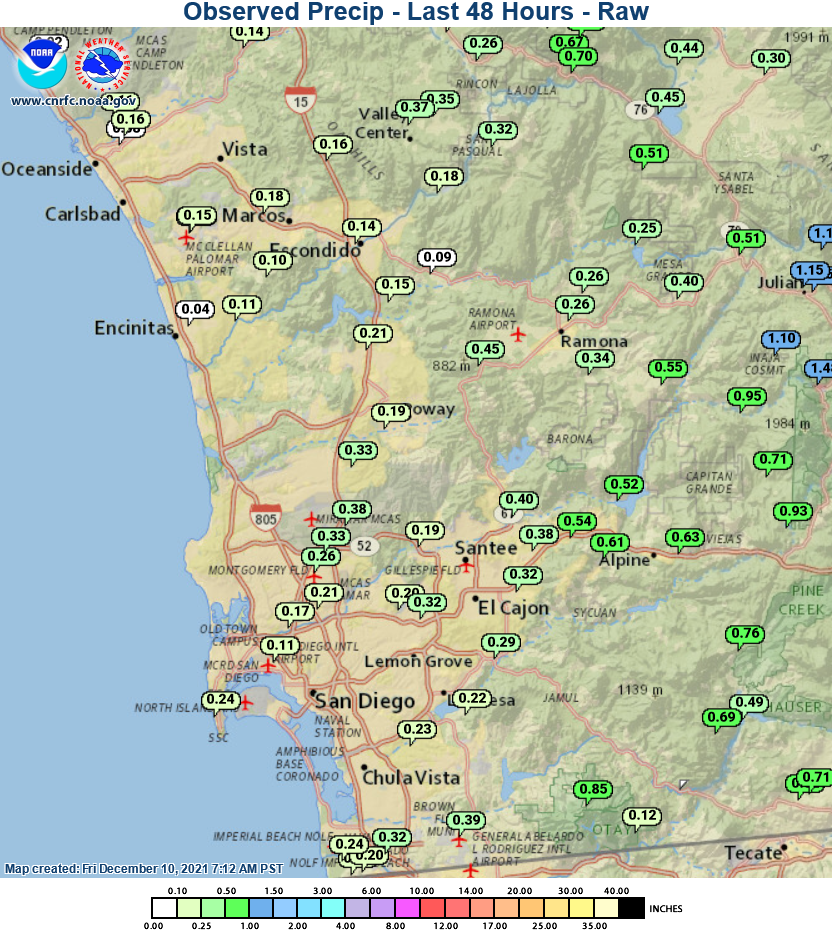 The forecast remains on track with rain showers moving into the area tonight and then persisting intermittently into tomorrow (Thursday) evening. I've included projected rainfall totals in the first map below.

Snow levels will stay above all local mountains, though the higher peaks of the San Bernardino and Sierra Nevada will get a healthy amount of snowfall. I've included snowfall projections in the second map.

As I mentioned in a previous post, I'm still watching for a potentially bigger system moving into the area late Monday, 12/13 into Tuesday 12/14. This could bring more substantial rainfall to Southern California. I've included projected 7-day rain totals through next Wednesday morning in the third map below.

This second system is still far away, so there will be adjustments to the forecast as it approaches. I'll bring more updates in the coming days. It's great to see rain return to the area!

Posted by Aaron on Wednesday, December 08, 2021 No comments: 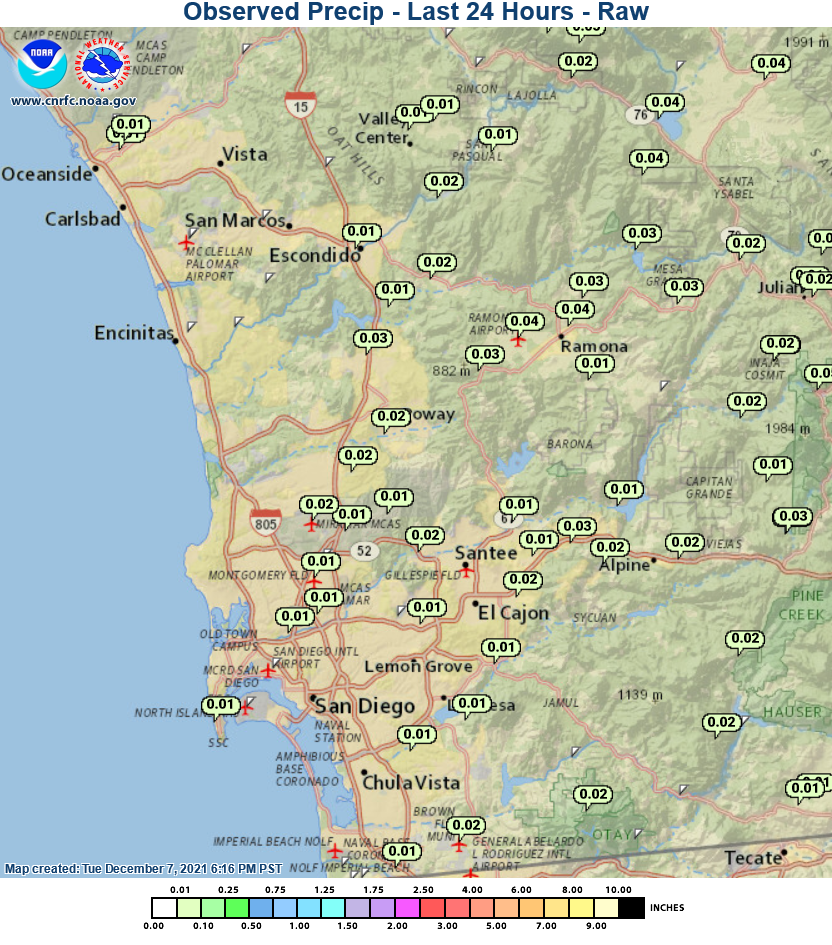