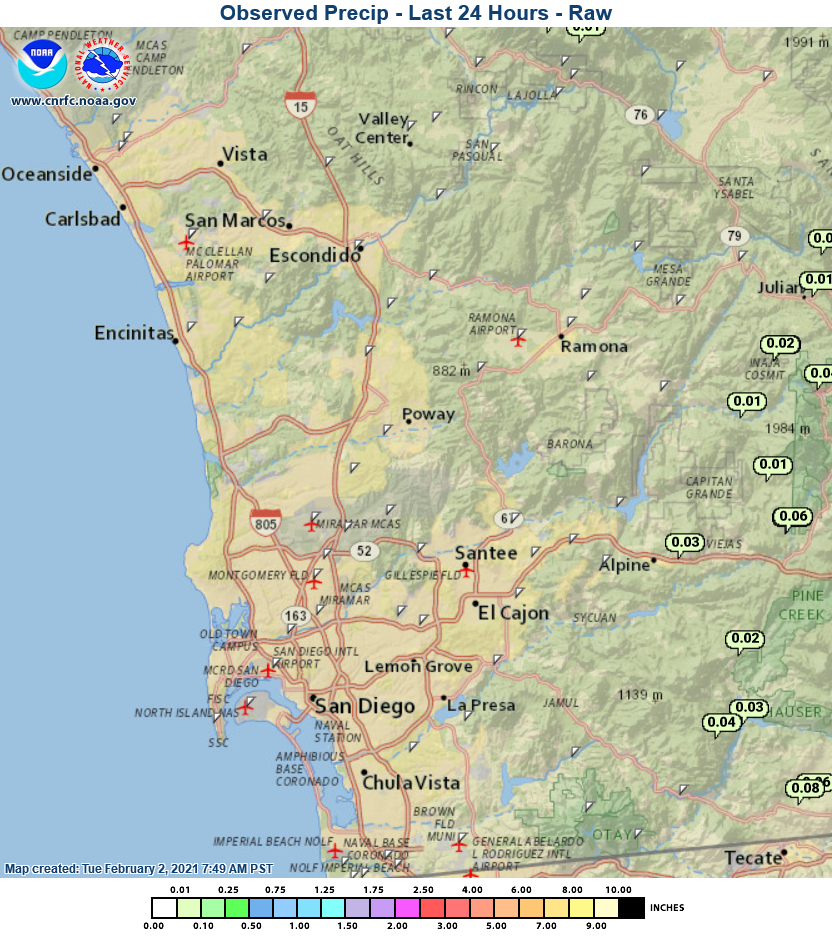 A large storm system is centered off the coast of the Pacific Northwest. It has been pulling moisture up from the south, which is why we've seen an increase in cloud cover since Sunday. You can see the moisture streaming in from the south on the satellite loops below.

I can't completely rule out some light rain today, especially in the afternoon and evening (30%). However, it won't amount to anything significant.

Unfortunately, this storm will be pushed out to sea as another system carves southward from the Gulf of Alaska. Basically, all of this will split around our area and leave us mainly dry. Regardless, there is still a slight chance for isolated showers on Wednesday during this transition (30%).

Long range computer forecasts show mostly dry conditions for the next several days. We might see some rain sneak into the area just before Valentine's Day. I'll keep an eye on it and bring more updates if it looks like something will materialize.