The weather pattern is going to abruptly shift by next week. I've been hesitant to post any updates because the computer forecasts have been incredibly inconsistent with the long range forecasts. In addition, with La Nina still lingering in the equatorial Pacific, it's tough to get rainfall in Southern California. However, the data is still pointing to a cooler and wetter pattern starting next week.

The first storm system will race southward from the Gulf of Alaska on Tuesday and Wednesday. This will bring clouds, winds and a slight chance for a few showers on both days. Moisture is limited, so rain totals will be low.

I'm keeping a closer eye on the storm afterwards. This storm will be deeper and slower, which will allow it to tap into more moisture. Showers will be possible Friday through Sunday. Obviously this system is far away, so there will be adjustments to the forecast. Lastly, we could possibly see another rain chance from a third system for the last week of January.

I'll keep an eye on the situation and bring more updates in the coming days. 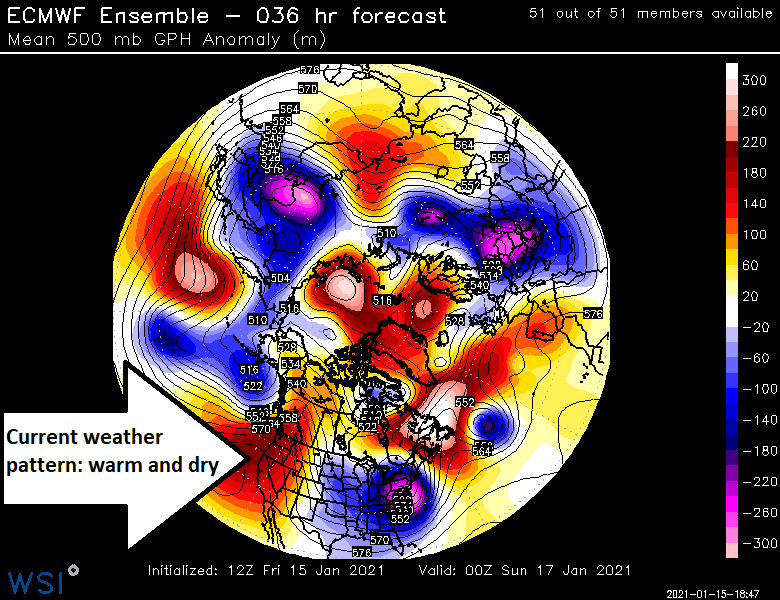 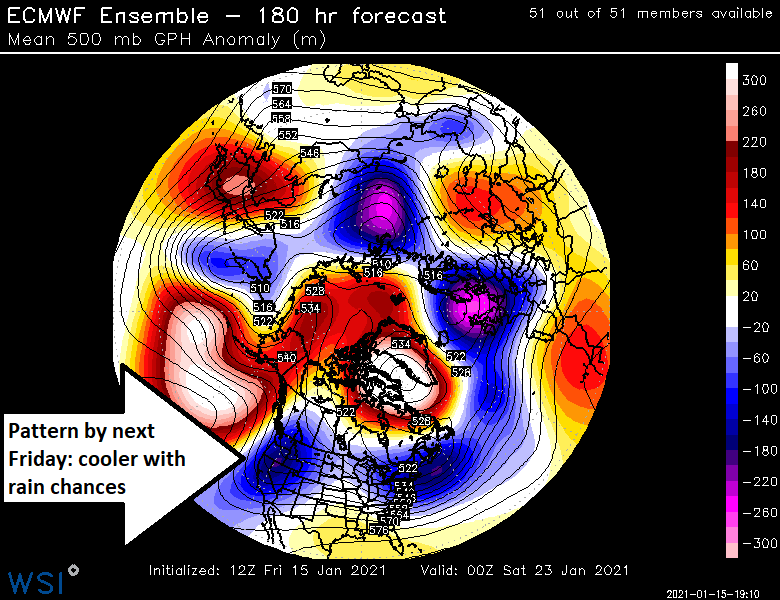