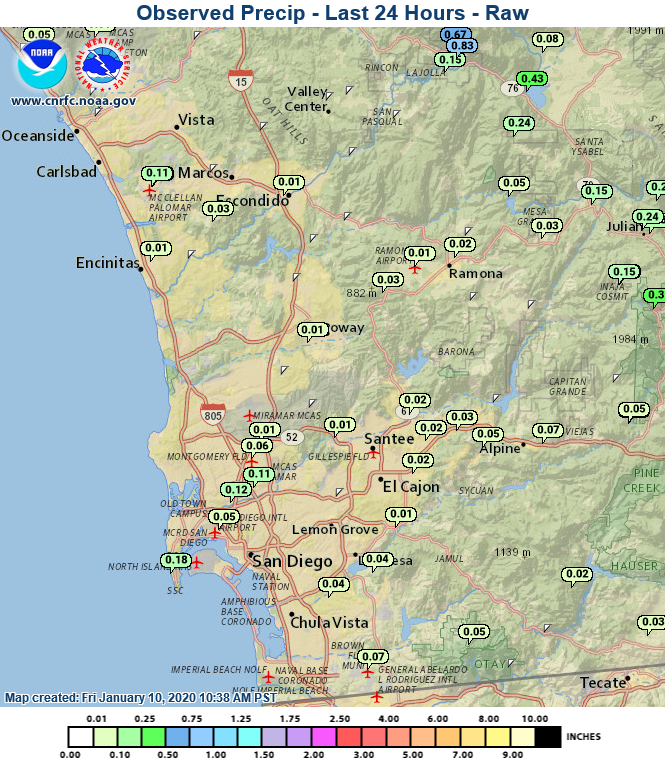 Temperatures were generally near normal throughout 2019. April and December were a little warmer than average, and February was cold. After several years of drought and extremely warm weather, this was a relief.

I've posted all the data below, along with month-by-month rain totals across San Diego County. I've also posted temperature and rain data for California and the entire United States. 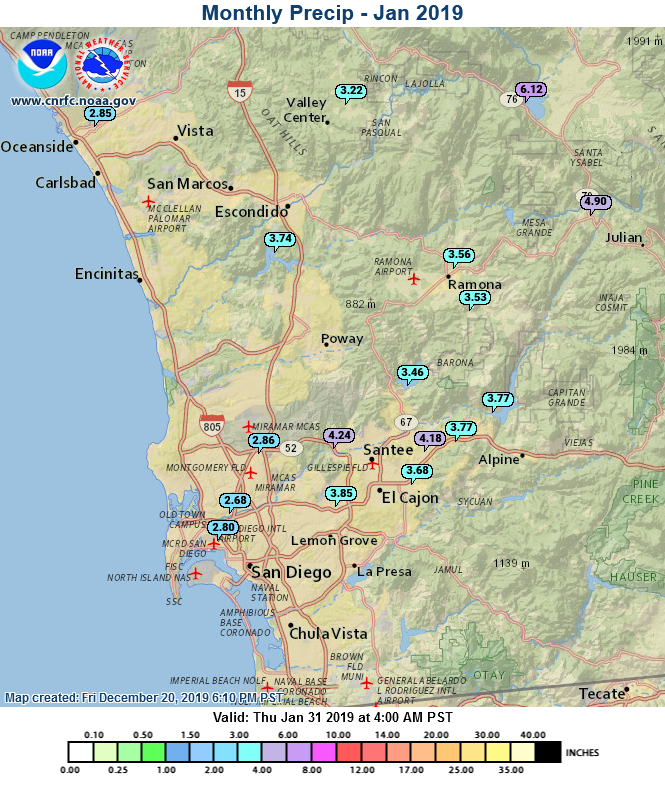 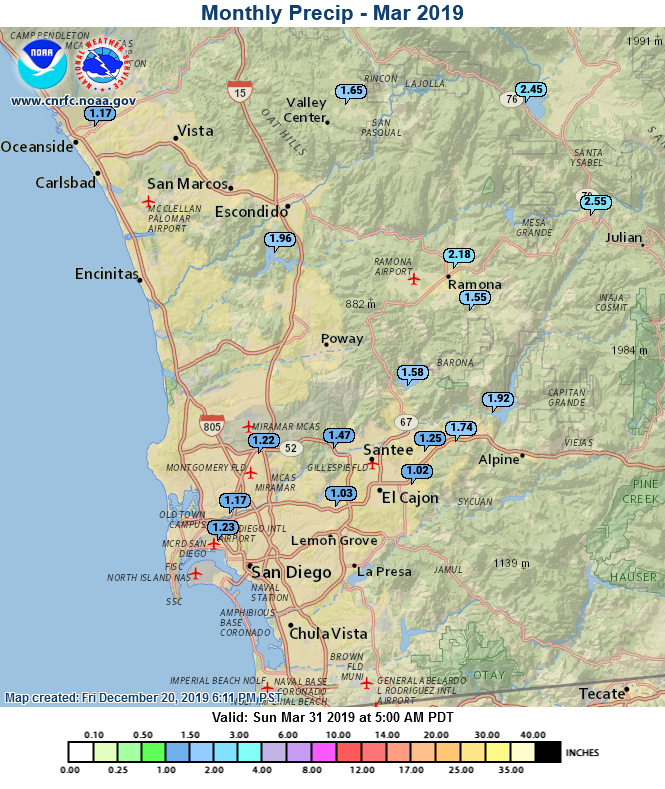 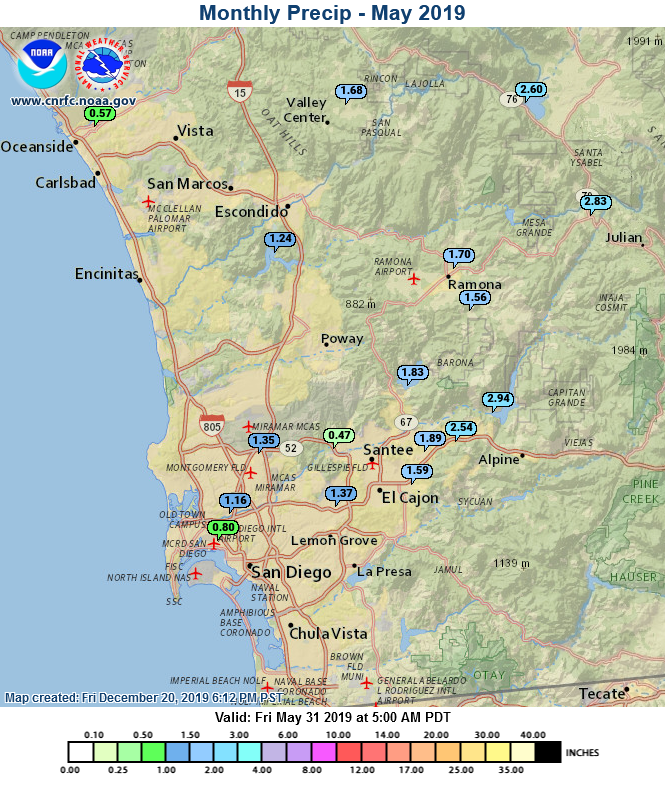 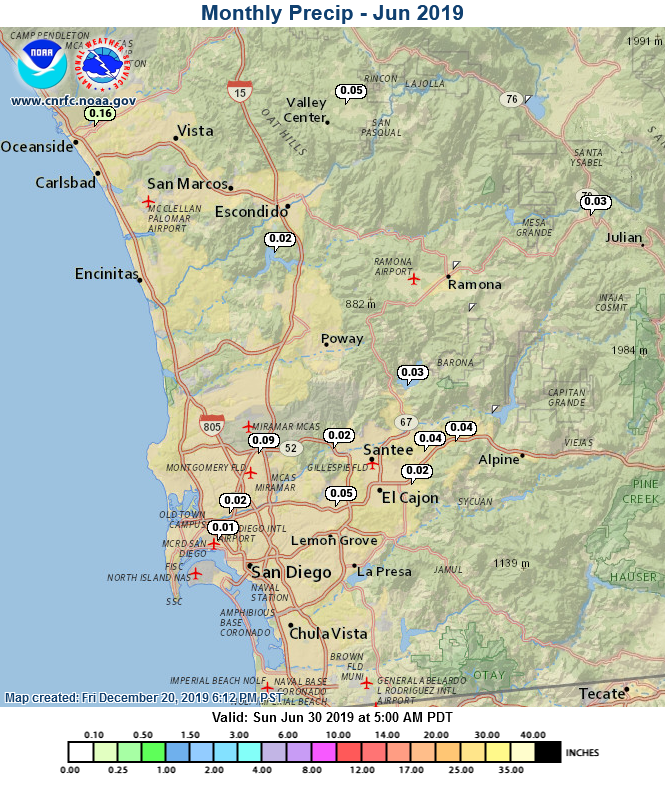 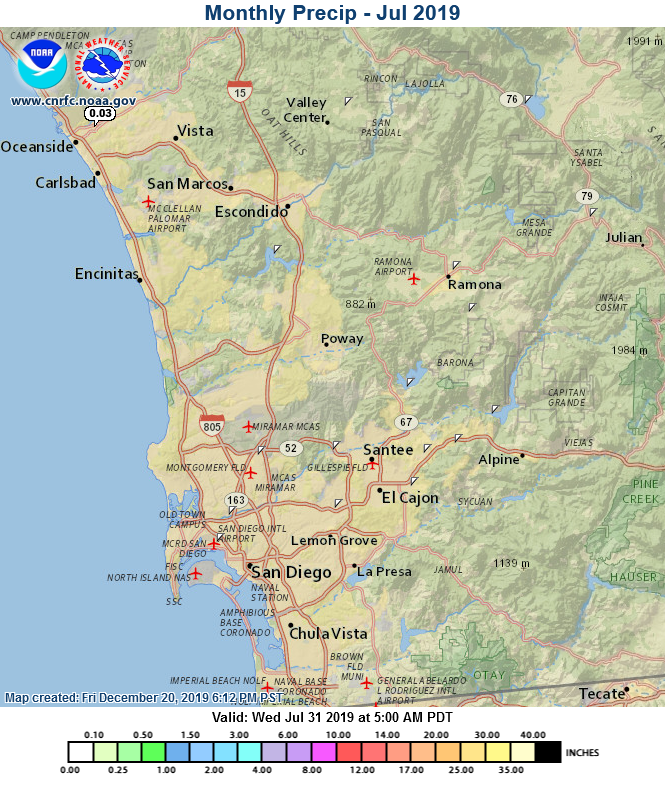 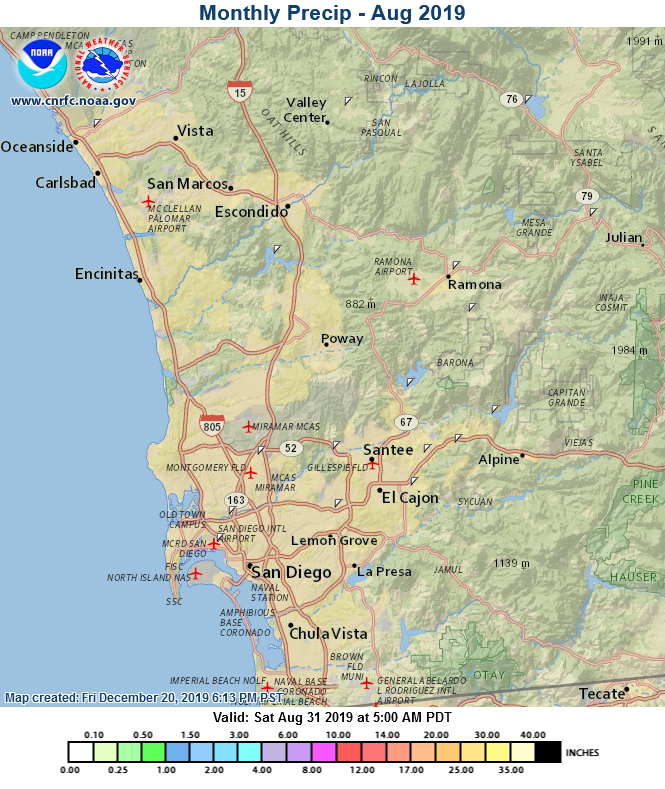 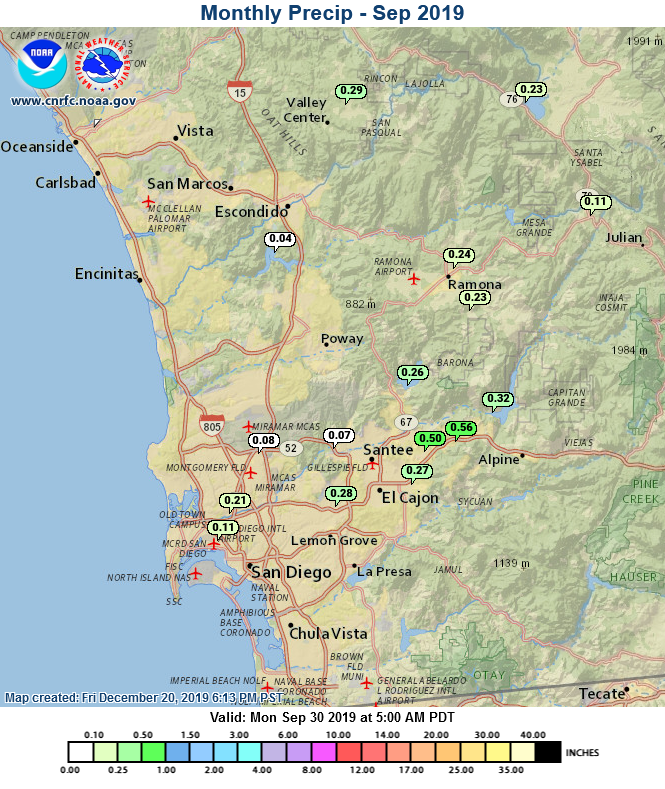 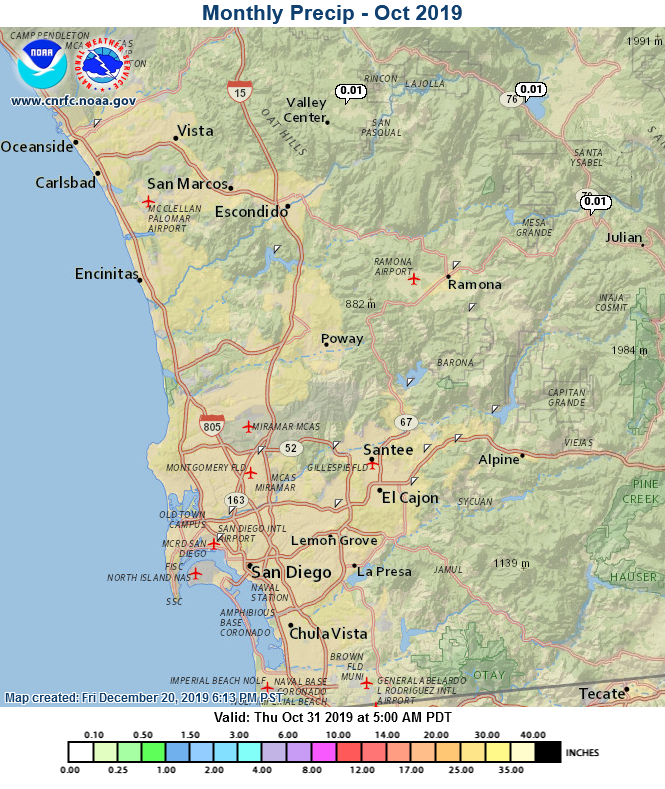 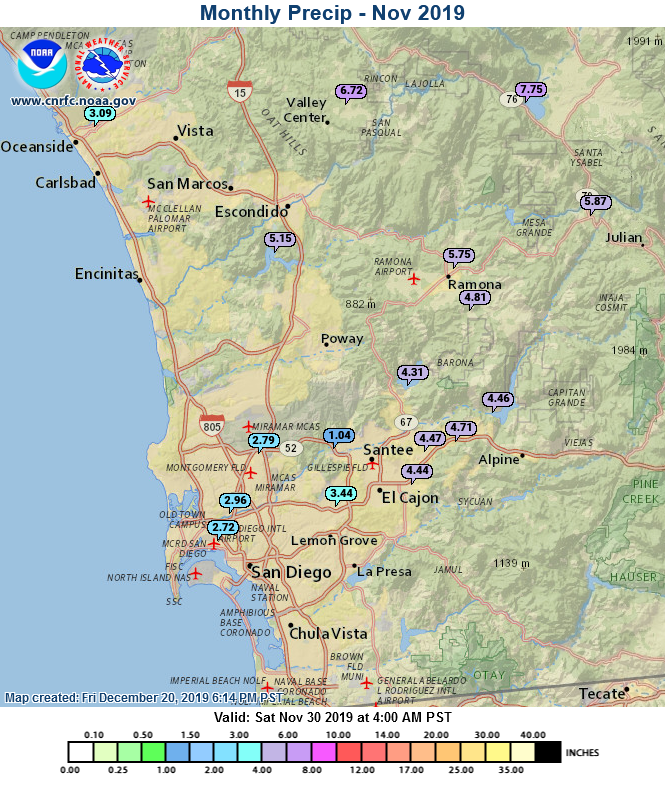 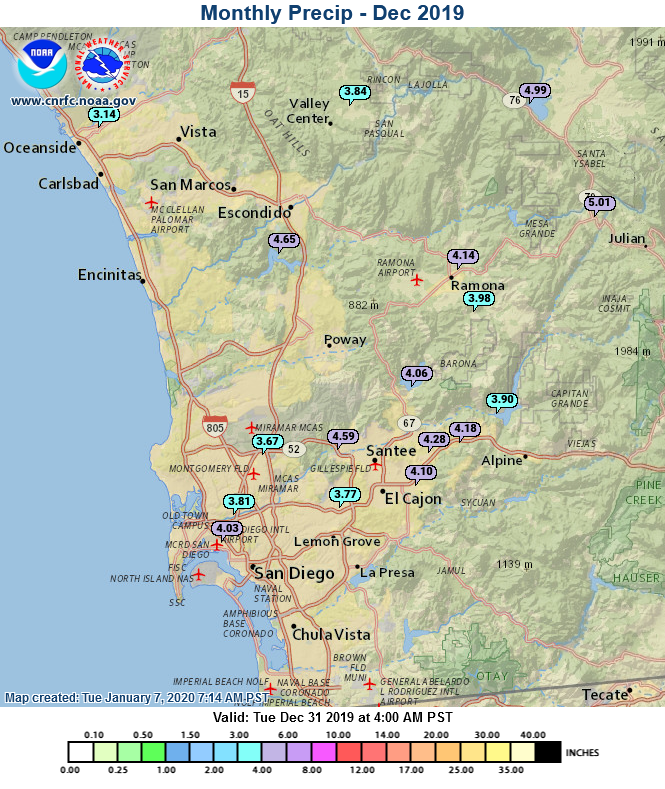 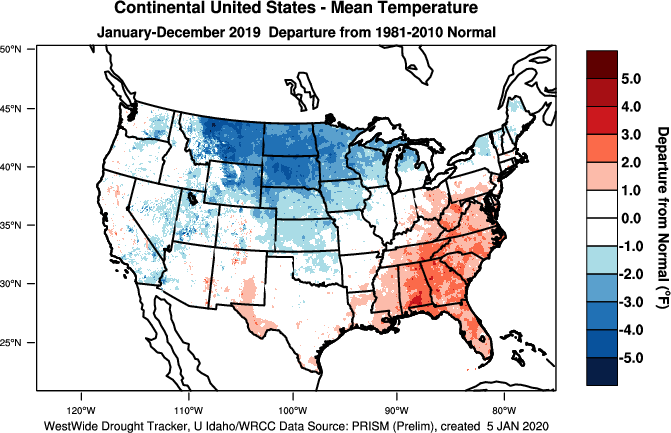 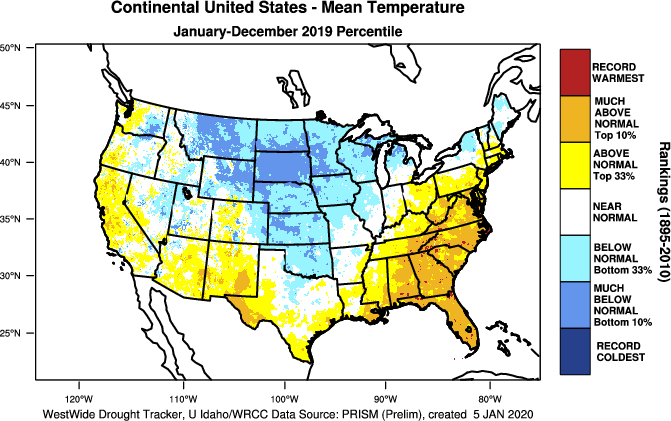 We are currently stuck in a weather pattern where the storm track is mainly to our east. Over the next several days, systems will dive southward along the coastline and bring us an occasional chance for some showers. Unfortunately, none of these will bring substantial rainfall.

The first system will clip the area on late Thursday into Thursday night (40%). Another arrives over the weekend, though the rain chances are less than 20% both Saturday and Sunday. Yet another one passes next Wednesday/Thursday (still too early to give realistic rain chances).

Although this isn't a rainy pattern, it will keep temperatures below average. It looks like this pattern will begin to erode by the end of next week. It will be interesting to see what comes afterwards.
Posted by Aaron on Tuesday, January 07, 2020 No comments: