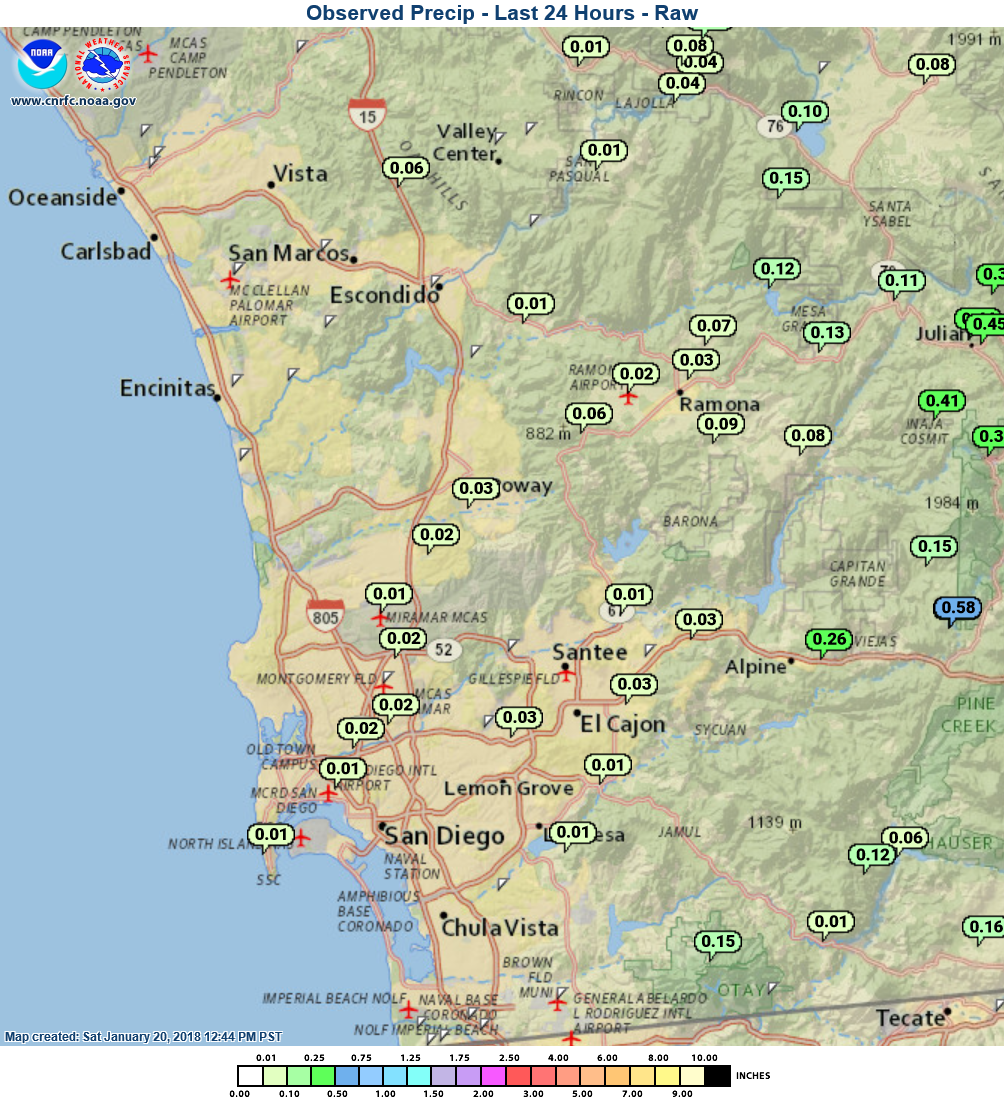 It was warmer and drier than normal in San Diego for 2017. The lion's share of the rain fell in January and February. Also, there wasn't a single month where temperatures were below average. 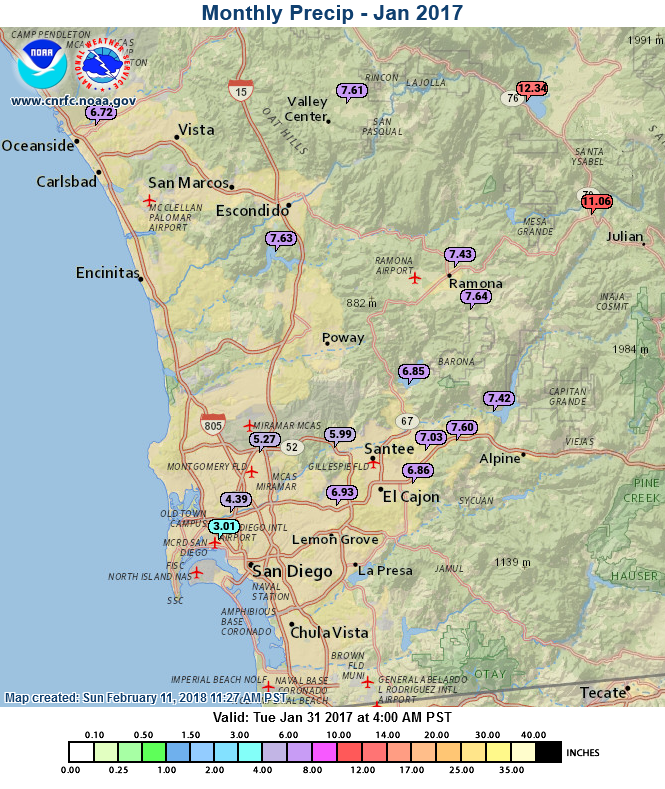 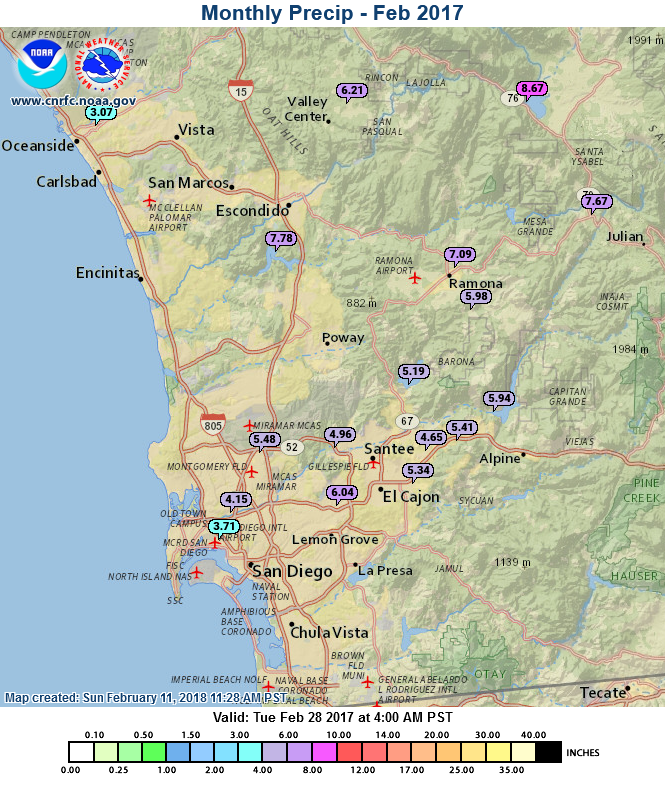 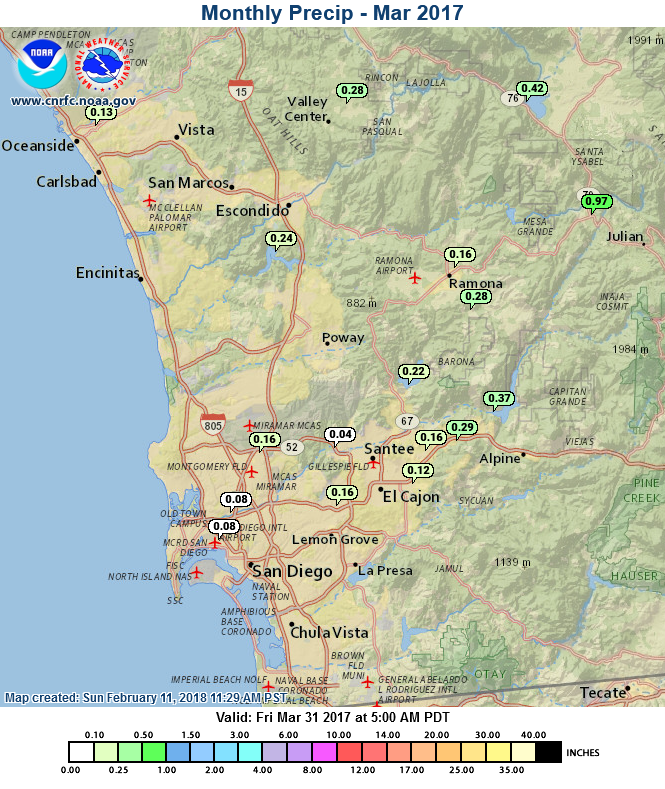 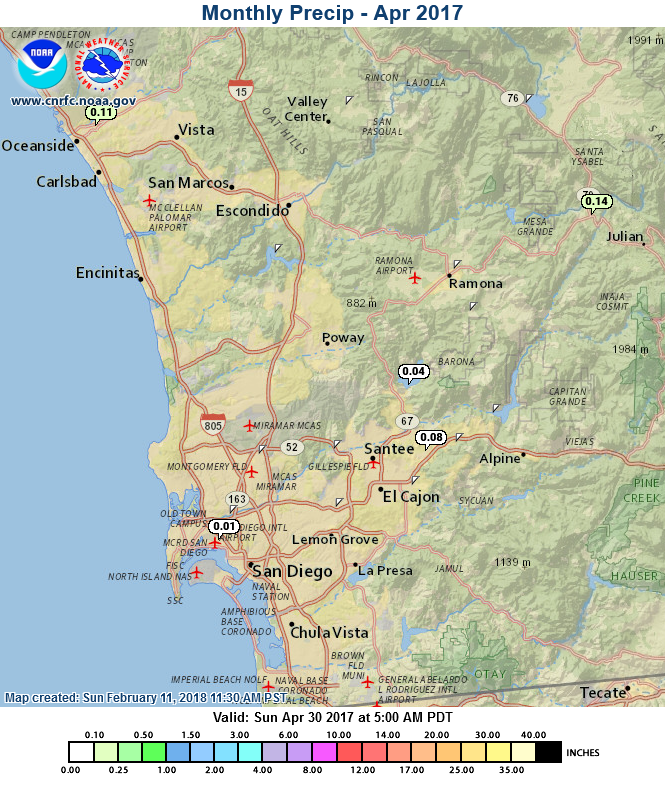 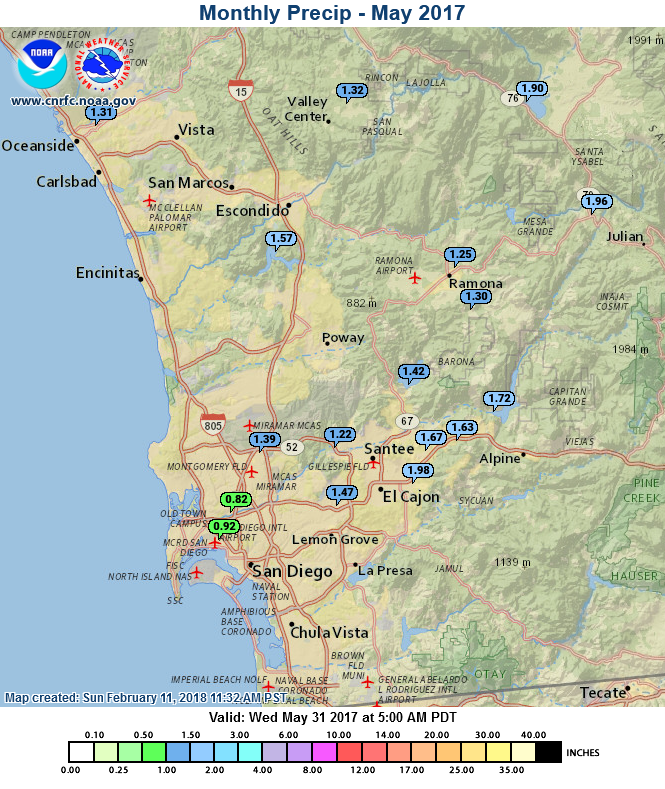 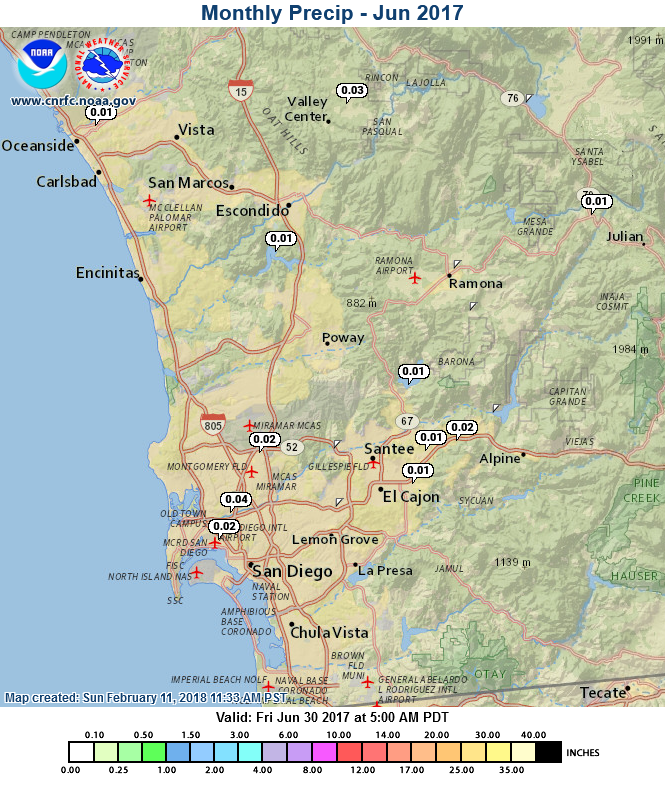 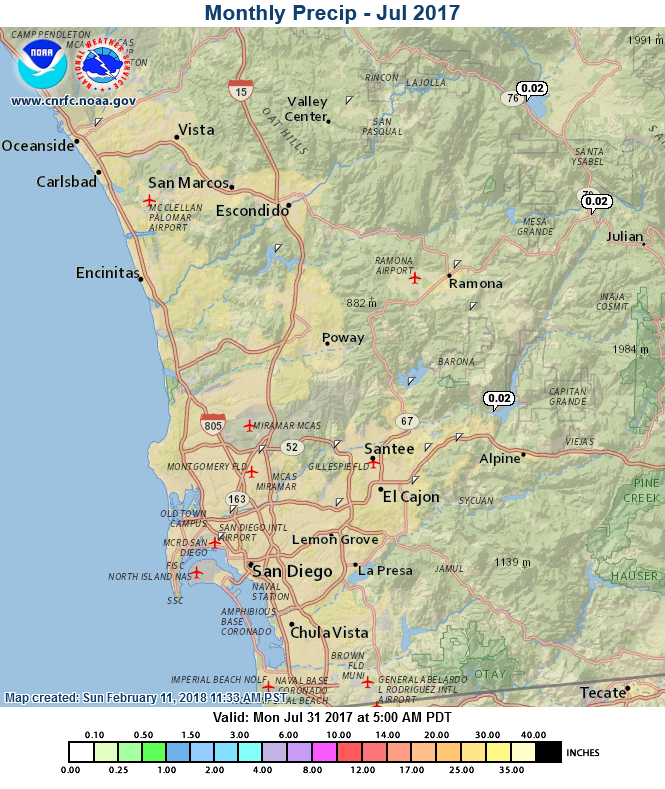 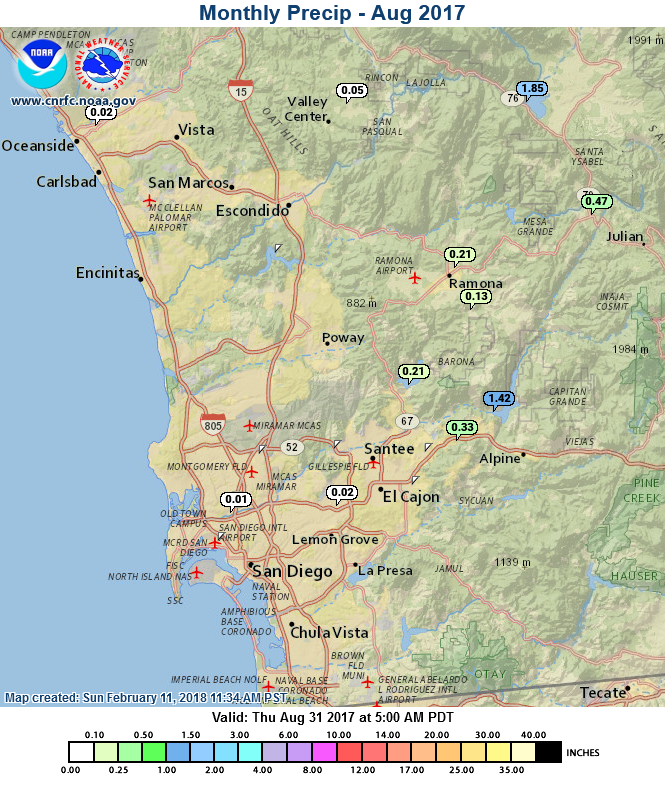 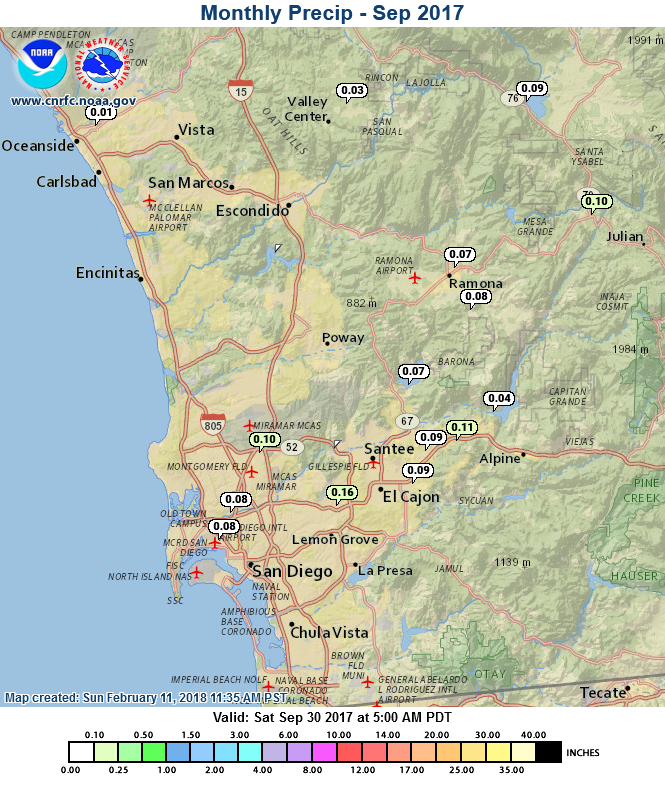 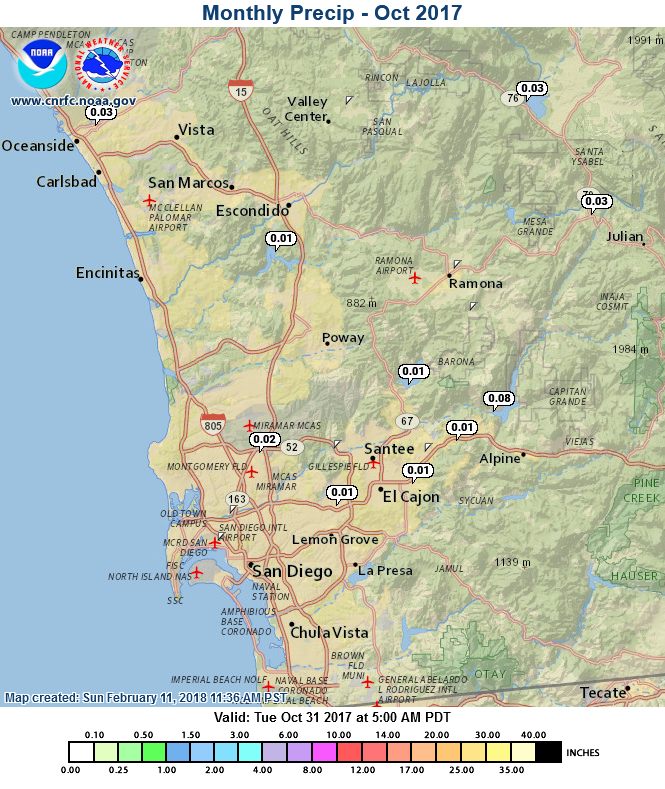 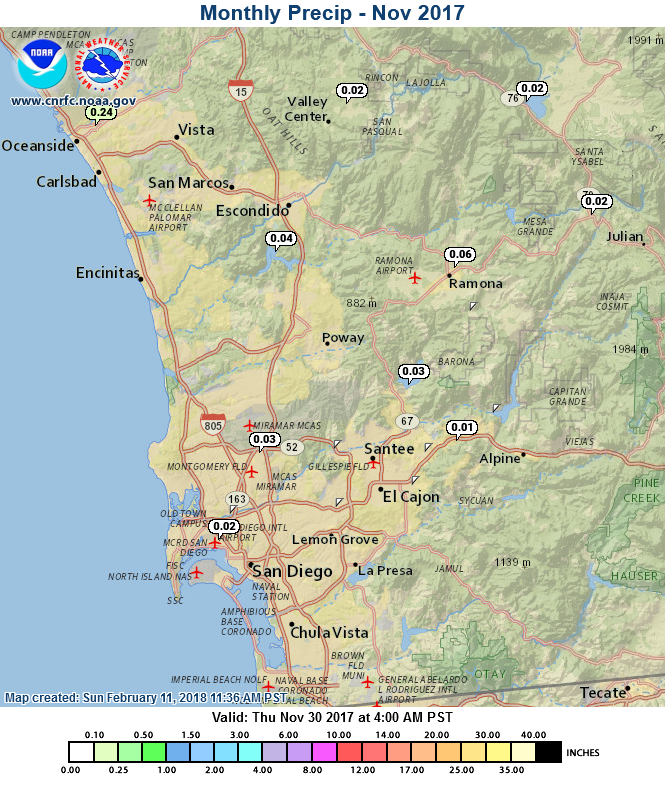 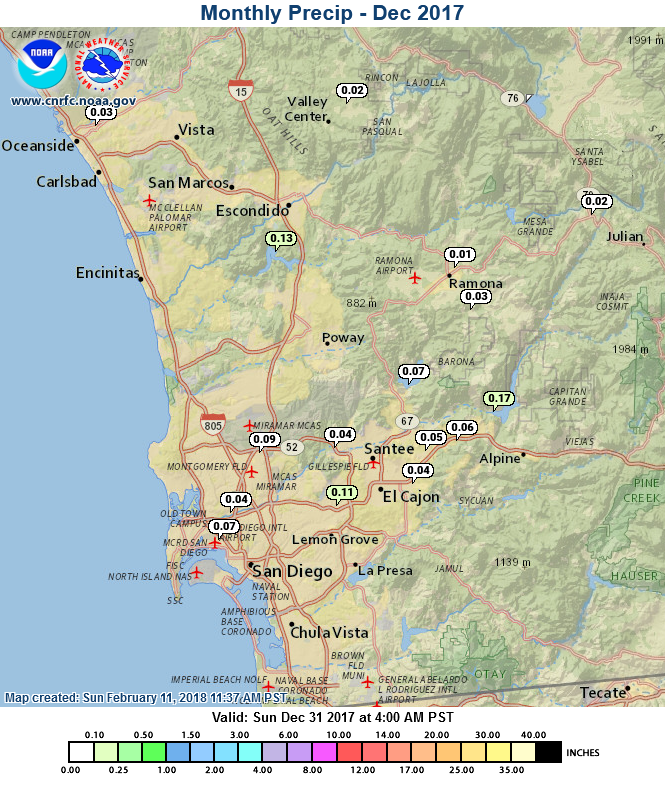 Most of Southern California was drier than average for 2017. However, Northern California saw a lot of rainfall early in the year, especially in the Sierra's where record precipitation fell. Most of the state experienced above average temperatures through the year. In fact, southeastern parts of the state saw record heat for 2017. 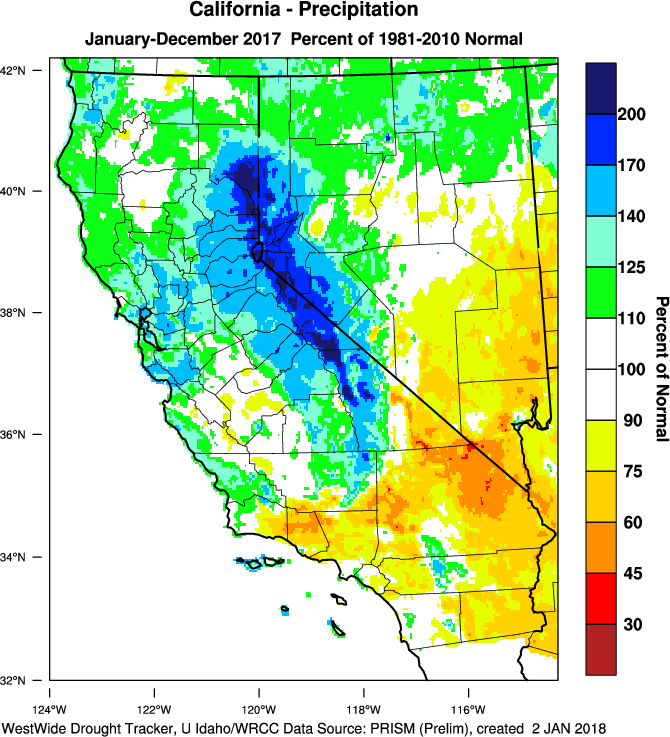 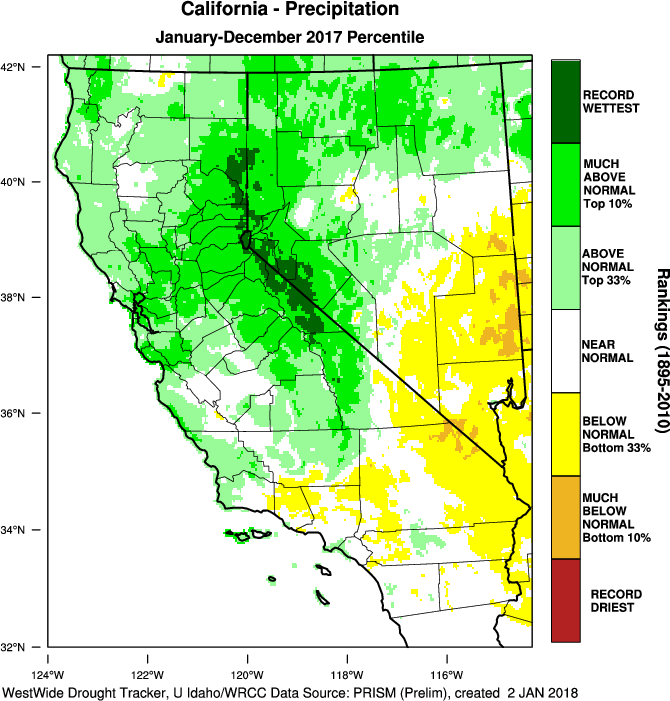 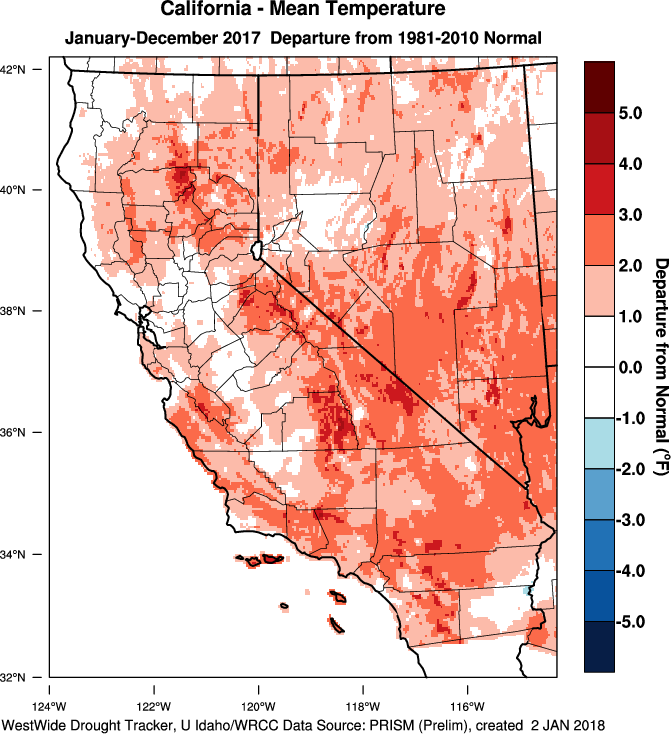 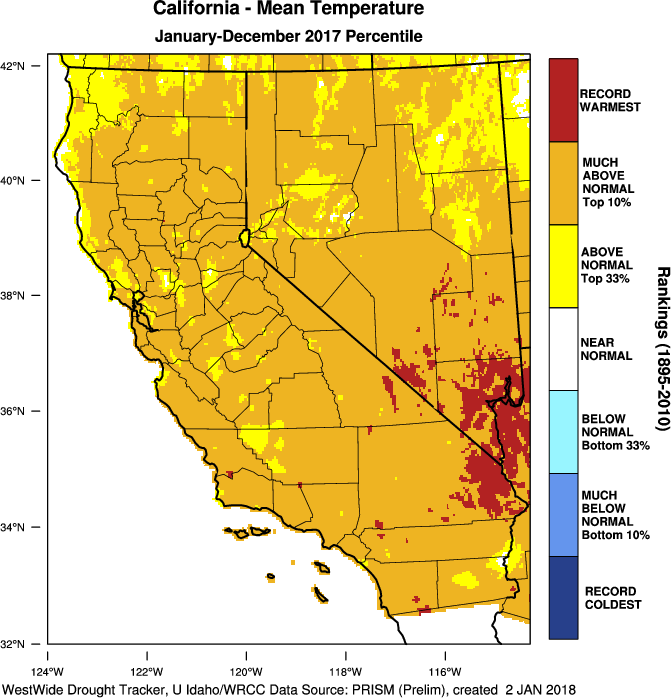 Beyond the Sierras, the wettest parts in the U.S. were in Wyoming, eastern Colorado, western Kansas, the Gulf Coast (caused by hurricanes), and the Great Lakes region. All of these locations received record rainfall for the year.

Temperatures were very warm across the entire country. Most of the Southwest saw extreme heat and record breaking temperatures. 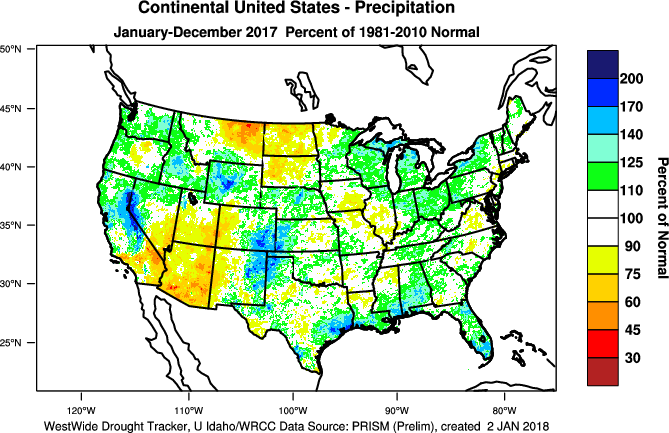 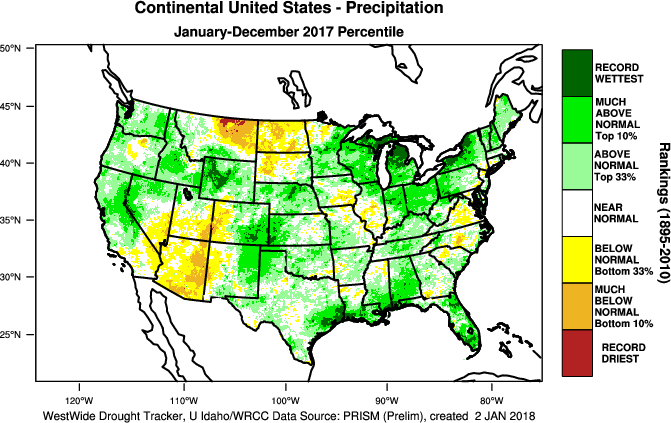 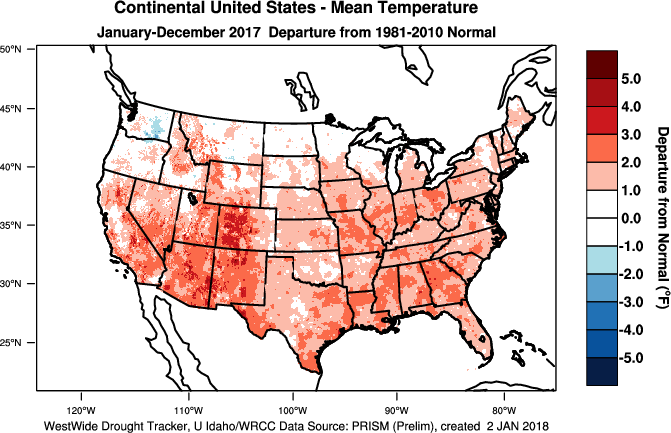 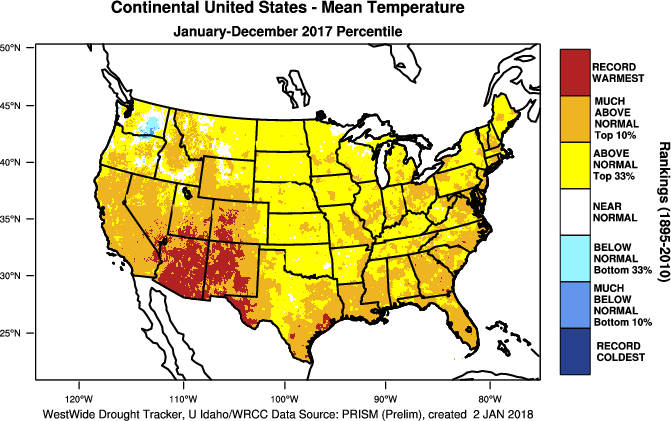