A large storm system is currently churning in the Pacific, which is seen in the satellite loop below. This system is tapping into a lot of moisture from the Tropics, which is seen in the second loop (sometimes called an Atmospheric River). This type of scenario results in major rain events for the West Coast. Most of the moisture will stay north of our area, where Central and Northern California will see large amounts of rain. In addition, the Sierra's will see a substantial amount of snow (last image).

Closer to home, we should see some of this moisture creep into Southern California by Monday, where rain is looking likely. Showers and isolated downpours will be possible through the day. We should then dry out by Tuesday. Another chance for rain could arrive later in the week...maybe Thursday. 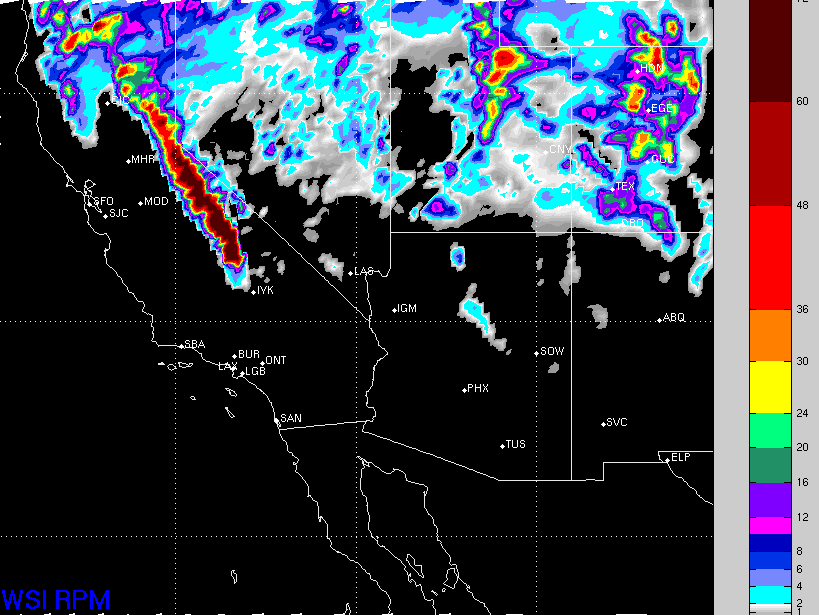 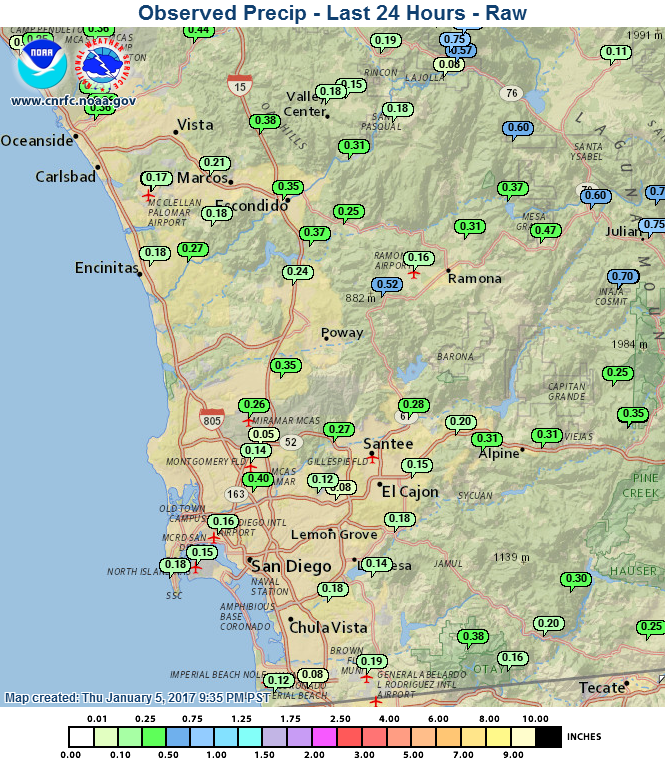