Sprinkles and drizzle will persist this evening, then rain showers will overspread the area later tonight and early tomorrow morning. The best chances for rain will be from 4 AM to 10 AM. Most showers should taper by noon on Sunday.

Another round of rain will arrive late Monday morning and will persist into the afternoon. Embedded within the showers could be an isolated thunderstorm. Rain chances diminish Monday night.
Posted by Aaron on Saturday, March 05, 2016 No comments:

We have been stuck in a stagnant weather pattern for almost a month. Although is has been terrific outdoor weather, we really need more rain!

I alluded to an early March shift in the weather pattern on my 2/14 blog entry. The shift came a tad later than I expected, but it's finally headed this way.

The first map shows the pattern that we've been stuck in for the past few weeks. The red area represents a blocking ridge in the upper atmosphere. This ridge will break down by the end of the upcoming weekend (second map). We should see some showers Sunday and especially next Monday. More rain could then develop later in the week.

I'll have another update later this week as the system gets closer to us. 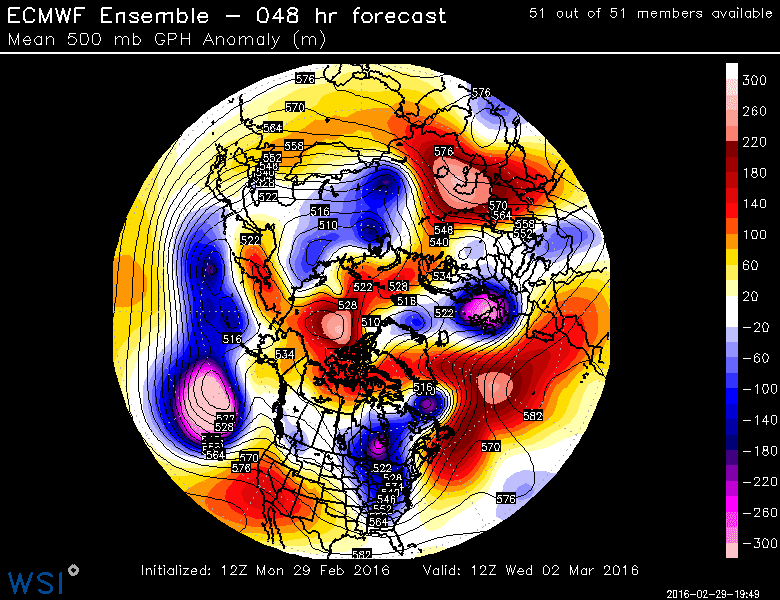 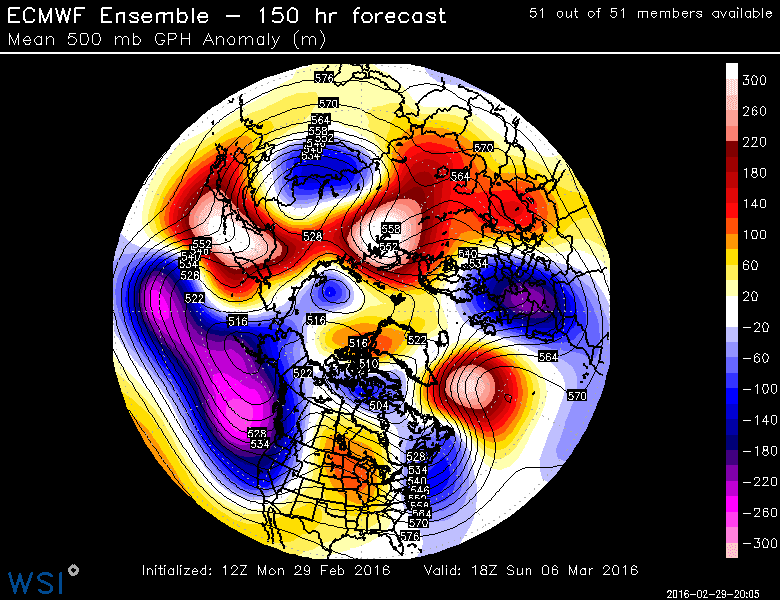