There is a stray lingering shower off the coast of Del Mar. This might bring a little rain inland to areas near Miramar in the next hour, otherwise, most of San Diego County will remain dry for the rest of today. As promised, here are the rain totals. The first image represents rainfall for the last 24 hours, then the second image shows the storm totals from Thursday to today. 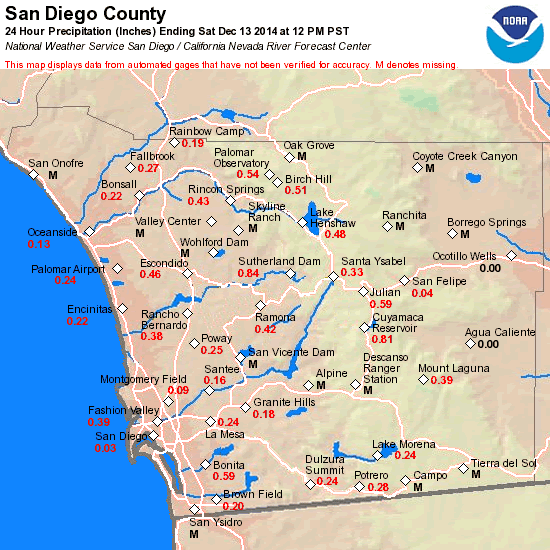 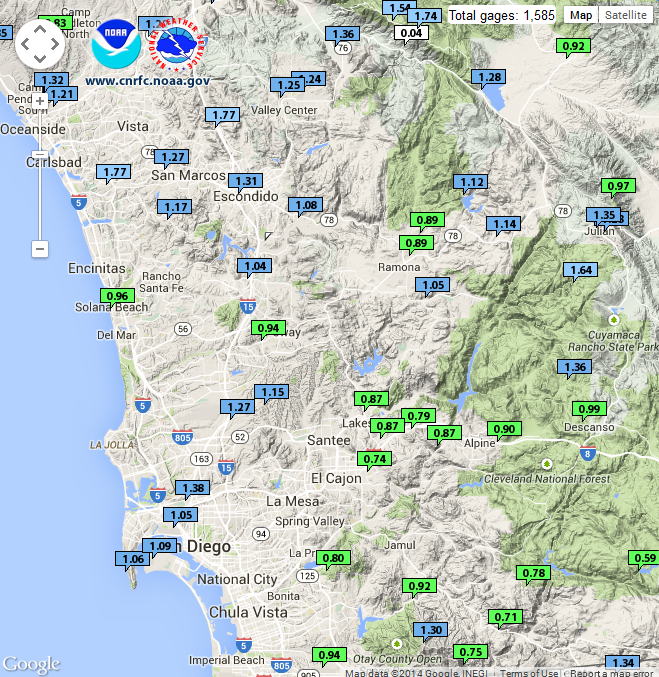 This was an impressive storm system to say the least. It was a powerful upper level storm that blasted the entire West Coast. You can see it on the 500 mb maps below. 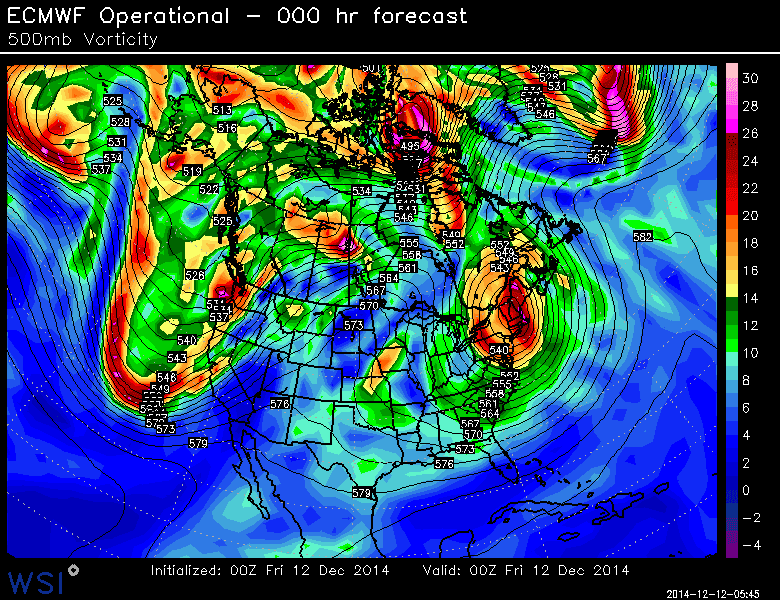 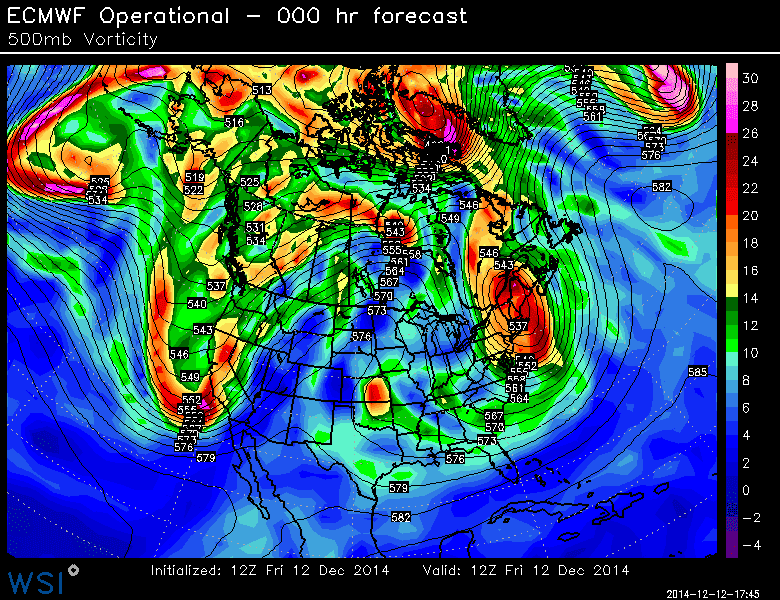 Check out the atmospheric river on the image below. It was intense over Northern California (heaviest rainfall), however, you can see that the stream weakened before entering into Southern California. 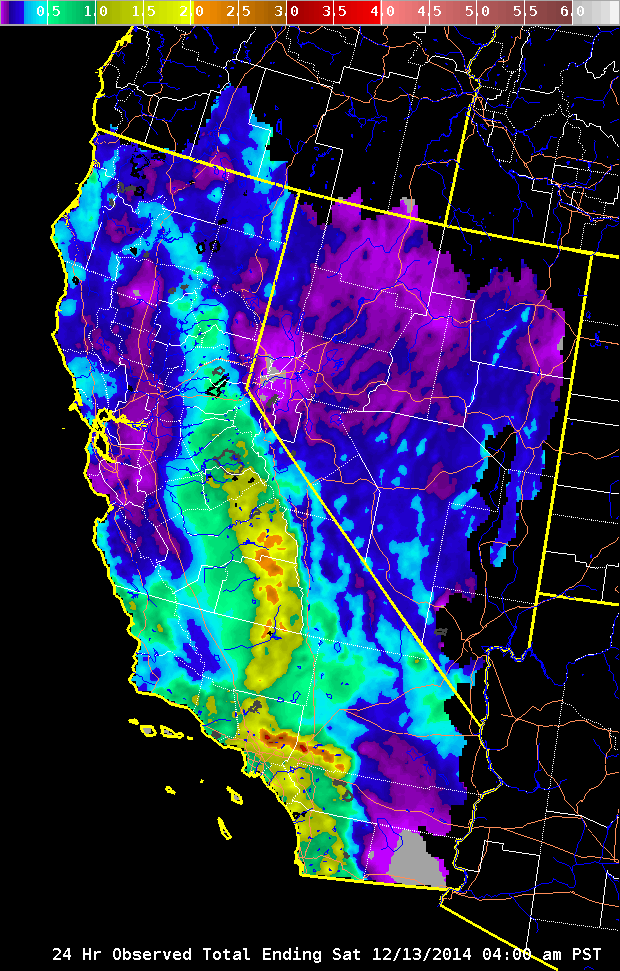 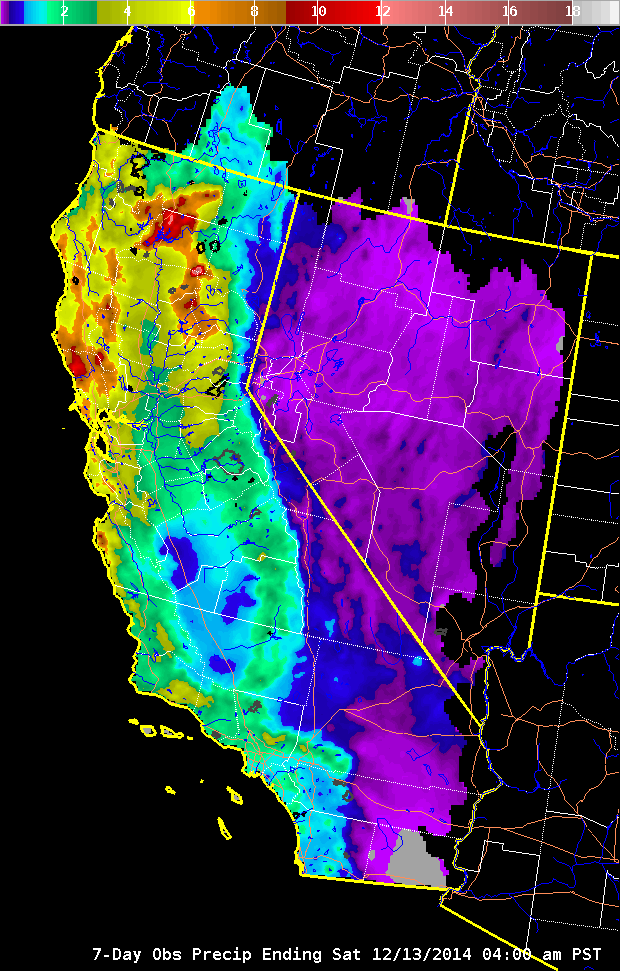 More rain is headed this way for Tuesday and especially Wednesday. This system doesn't look as organized as the previous storm, so rain totals won't be as impressive. I'll have another update tomorrow.
Posted by Aaron on Saturday, December 13, 2014 No comments:

Spotty showers and downpours will pass the area for the next couple hours. I'm expecting the rain chance to diminish in the coastal and inland areas by 11 AM and in the mountains by 3 PM. Afterwards, the rest of the weekend will remain dry. I will post rain totals later this afternoon.

I'm still expecting more rain for the middle of the upcoming workweek, though this next system will not be as organized, so rain totals will not be as impressive.

More updates to come!
Posted by Aaron on Saturday, December 13, 2014 No comments:

Spotty showers and an occasional downpour will be possible through early tomorrow morning. Then we will remain dry for the rest of the weekend. More rain is headed this way for next Tuesday and early Wednesday.

Here are the 48 hour rain totals so far from this storm system. 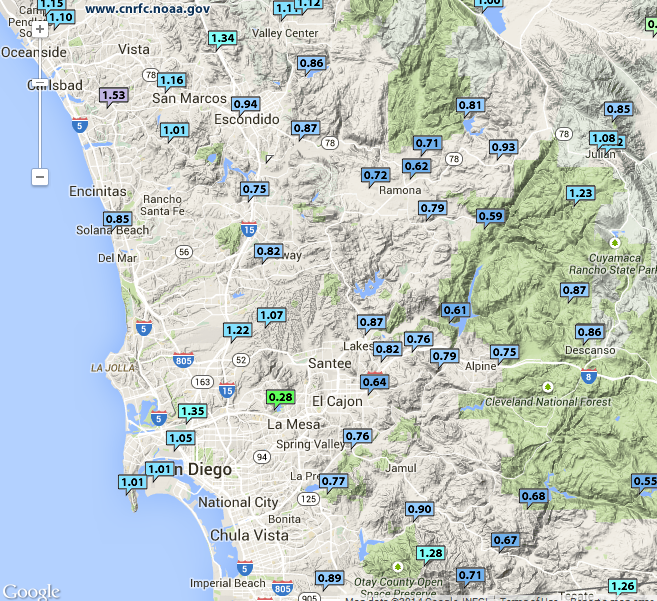